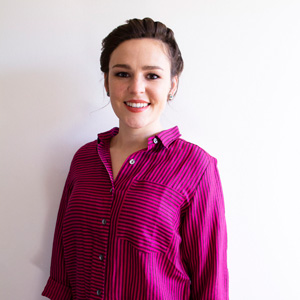 My work is a tremor. It is a reverberation of an initial event felt throughout a lifetime in the physical, emotional, and mental space of the body; in a family and in community. Compared to the seismic wave of an earthquake, this tremor is a reoccurring reminder of its magnitude as are the objects left in its wake. These objects, like stains upon a mattress or the remnants of a childhood, root the body in the experience of this trauma. It can also offer space for one to inspect and contemplate this primary event at a distance, freezing memories caught in this tremor. Freezing the kinetic often finds objects in precarious or acrobatic positions that push the bounds of fragility, on the verge of falling and breaking but fossilized in the moment before. Tremors are found through experiential and performative material investigations indexing fingers and tongues. I articulate the unavoidable and the unspeakable by stacking associations of memories, often traumatic, until consciousness unfolds into fully formed feelings conveyed by a memory. These feelings are found in spray foam squeezing through a window or by pressing my thumb on a clay slab until my fingerprint wears away. Fearless vulnerability is integral to making because of the inherent physical, emotional, and psychic discomfort and pain of the process. This pain reminds me of what memory I have not yet faced and unearths the memories I have displaced, rejecting linear timelines and becoming cyclical patterns to welcome the tremor.

Emily Irvin is an artist, researcher, performer, writer, and activist from Chillicothe, Ohio. These are some of the roles they inhabit to explore ceramic questions, observing their body in relation to the world in which it can touch. They received their BS in health sciences in 2015 and then their BFA in ceramics in 2016 from the Ohio State University. Their interest in constructed notions of able bodies has been explored in residency programs around North America, including at Baltimore Clayworks in Maryland and in Mexico City, Mexico. Irvin received an MFA in ceramics at the University of Colorado Boulder in 2021. Her activism and research have been assembled in her books, Valley: Violence in Three Acts and A Hole in the Bucket.