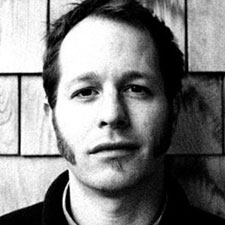 I am an artist, investigator, experimenter, explorer and educator. My recent work has involved several series that visually and metaphorically reference land, maps, strata, geology and geography. Process and its evidence have emerged as an essential aspect of this work.

Landfills and Cross Sections are two bodies of ceramic sculptures that reflect my interest in the physicality of land affected by time, the elements and human manipulation. Clay is an essential material in my process because it literally allows me to use the earth’s crust as my medium. The recycling of ceramic materials—slop clay and cast-aside glazes, once-fired, unused, forgotten, discarded, cut-up, and broken work—is inherent to the development of this work.

To create the Landfill series, I engineered and incorporated a low-waste system of making by using recycled clays and even mixing the clay that falls to the floor back into my system. I slowly poured layer upon layer of pre-colored casting slip into found cardboard boxes in various thicknesses, wetnesses and consistencies, adding recycled clay, slop clay, old glazes and leftover ceramic materials into the mix.

The combination created a wasteland form of refuse resembling geologic layers of time. In my eyes, the forms became land and the layering of clay directly related to geology. The cardboard box became a divider of rectangular land parcels, or grids. Time, along with directional wind from fans, created both controlled and uncontrolled shrinkage, cracking and bloating in these Landfills. Playing nature, I found I could control elements to achieve different geologic effects.

The Cross Sections were created by slicing into these Landfills, revealing fascinating images and surfaces. These objects deliver a monumental impact on a restrained scale in forms that bridge painting and sculpture.

Traces is a body of experimental wall tiles in which I worked in a reverse, monoprinting style in a press mold, using colored slips, stains, glazes and a variety of clays. The traces of various remnants of abstract slip paintings transferred from previous tiles to the surfaces of subsequent tiles.

An Ohio native, Mess received a BFA at the University of Montana, Missoula in 1998, and an MFA in Ceramics at the State University of New York at New Paltz in 2008. He has been teaching visual arts with a focus on ceramics for over a decade. Mess has received several grants and awards, including the Maine Arts Commission’s 2015 Contemporary Craft Fellowship, a St. Botolph Club Foundation Emerging Artist Award, a Ruth & Harold Chenven Foundation Grant, and selection as a finalist for the Society of Contemporary Craft’s Raphael Founder’s Prize in 2013. His work is in private collections and is exhibited nationally and internationally. Mess resides, works, and teaches in midcoast Maine. His work is represented by Corey Daniels Gallery in Wells, Maine.