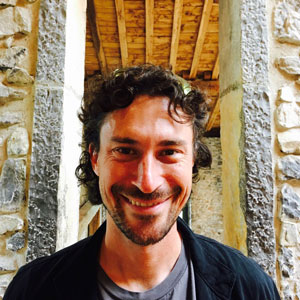 The central theme of my work is connection and communication: I am attempting to communicate to the viewer things I feel, but cannot put into words.

It seems to me that much of existence for humans (as well as other living and non living things) is undergirded by the movement and conversion of energy. I don’t really mean that in the mystical sense so much as the physical. Maybe there is no difference. The life cycle of a flower, the collapse of a star, the construction of a swimming hall, a conversation—all of these (and most of everything else) involve, primarily, a movement of energy. My work is an exploration of the underlying cadences vis a vis these movements of energy in an attempt to distill them into three dimensional ceramic sculpture.

My work is constructed mostly from minimally processed clay straight out of the ground. All of my work is wood fired and the surfaces are the result of the dynamic interaction of the materials, forms, placement in the kiln, and firing methods.

Eric Knoche had a very bad attitude towards pottery as a child and young adult. Towards the end of his time at university he touched clay for the first time and after that could no long imagine doing anything else with his life. He subsequently worked for two years with ceramist Jeff Shapiro and for six months with Isezaki Jun, Living National Treasure, Bizen, Japan. In 2011 he discovered the Argentine tango and now splits his passions between clay work and dancing. In addition he enjoys playing Sheepshead, trap shooting and checking the cloud formations for the face of Elvis. Eric lives in Asheville, NC with his partner, Kristin.