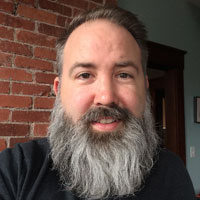 Brian Harper is the founder of Artaxis and currently serves as the Executive Director. In addition to his role with Artaxis, he is also a practicing artist and an Associate Professor of Fine Art and Ceramics Area Head at Indiana University Southeast. He holds a BFA from Northern Arizona University and an MA and MFA from the University of Iowa. His artwork investigates our inherent human wonderment of the unknown and the methods, mythological or otherwise, for how we give structure to elements of our observed, unobserved, and unobservable world. His work has been exhibited in over 100 national and international exhibitions, including 8 solo exhibitions. He lives in New Albany, Indiana, with his wife Tiffany and their two dogs, Oliver and Crunch, and a cat named Triscuit. 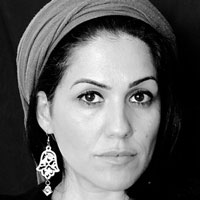 Raheleh Filsoofi is a multi-disciplinary artist and in her work, she utilizes ancient and contemporary art media – ceramics, poetry, ambient sound, and video – to make fundamental statements about perception and memory through a holistic sensory experience. She is an active participant in juried art exhibitions both in Iran and the United States, including the recent solo exhibition “Imagined Boundaries” at Abad Gallery in Tehran (2017), “Dual Frequency” a showcase of 14 award-winning South Florida multidisciplinary Artists at The Art and Culture Center of Hollywood, Hollywood, Florida (2017) and a Group Exhibition “Fragile” at The Contemporary Art Museum of Isfahan, Isfahan, Iran (2016). She has been the recipient of grants and awards such as the prestigious South Florida Cultural Consortium Fellowship for Visual and Media Artists (2017) and Dave Bown Award (2016). Raheleh Filsoofi lives and works between Tehran, Boca Raton and Edinburg. Filsoofi is Assistant Professor of Ceramics at University of Texas Rio Grande Valley in the Department of Art. She holds an M.F.A. in Fine Arts from Florida Atlantic University and her B.F.A. in Ceramics from Al-Zahra University in Iran. 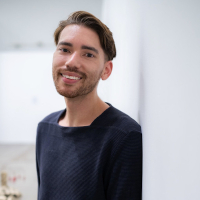 Adam Chau is an artist living in New York and currently the Museum Manager of Hudson Valley MOCA. An Industrial Design graduate from the School of the Art Institute of Chicago, his research looks at the combination of digital technology and traditional studio techniques. Publications include Studio Potter, Ceramics Art and Perception, Ceramics Technical, and Ceramics Monthly. In 2018 he was given the NCECA Emerging Artist Award and in 2019 he became a member of the International Academy of Ceramics. He has worked and completed artist residencies across the world including Italy, The Netherlands, and China. 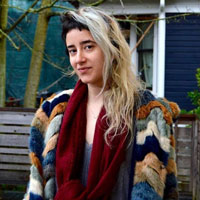 Didem Mert received her BFA (ceramics) from Northern Kentucky University in 2014 and her MFA (ceramics) from Edinboro University of Pennsylvania in 2017. Mert has exhibited nationally in places such as Lillstreet Gallery, Companion Gallery, Charlie Cummings Gallery, AKAR, and over forty other venues. Her work was published in Ceramics Monthly’s 2014 Undergraduate Showcase. She was featured on the cover of Pottery Making Illustrated’s January/February 2016 issue. Mert was included in CFile’s list of 15 Potters to Watch in 2016 and in Architectural Digest’s 10 Ceramic Artists Giving Pottery A Modern Update. Didem is currently a studio artist living in Cincinnati, OH. 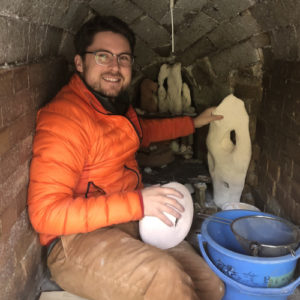 Jarred Pfeiffer was literally born into clay. Growing up with a high school ceramics teacher as a father, he grew up surrounded by art and clay. Jarred holds a Bachelors of Science in Art from University of Wisconsin. In 2013, Jarred graduated with his MFA in Ceramics from Kansas State University studying under Dylan Beck. His thesis show, The Elegance of Structure, explored the relationship of mathematics and the world around us. Jarred spent the next 6 years as the head of ceramics at Cuesta College in San Luis Obispo, CA. He is currently the Assistant Professor of Ceramics at the University of Wisconsin La Crosse. Jarred recently completed a 5-week residency at Shigaraki Cultural Ceramic Park in Shigaraki, Japan. He has also been a resident at Hambidge Center for Arts and Sciences, Cub Creek Studios, and Carrol University. 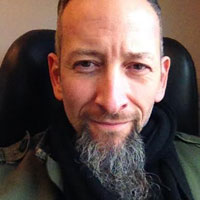 Anthony Stellaccio is a freelance artist and scholar educated in both fine art and folklore. A member of the American Folklore Society, the American Ceramic Circle, and the International Academy of Ceramics, Stellaccio works around the world as an artist, writer, researcher, film maker, curator, and educator. Most notable among his professional accomplishments are two US Fulbright grants, a book on Lithuanian folk pottery, more than thirty articles on contemporary and historic ceramics, three years spent serving the Smithsonian, National Museum of African Art, and several years spent as a consultant for the Lithuanian Art Museum. Stellaccio was born in Muncie, Indiana in 1978, lived in Eastern Europe for more than seven years, and is based in Baltimore, Maryland, USA. 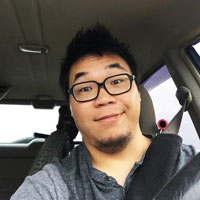 Kwok Pong ‘s work focuses on investigates the spatial relationship between the development of objects and human interaction. Pong originally was born and raised in Hong Kong, and decided to come to the USA to continuing his education while begin exploring the cultures differences. In 2009 he completed his BFA from Northwest Missouri State University, and completed his M.A and MFA from the University of Iowa in 2013. Pong is currently an Assistant Professor at Northwest Missouri State University, he was named as Ceramics Monthly Emerging Artist in 2014, and NCECA Emerging Artist in 2016, He spend two summer as summer resident at the Archie Bray Foundation, he has exhibited and published internationally and nationally including in China, Rep.of Korea, Romania, Germany and United Kingdom. 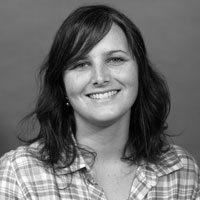 Casey Whittier received her BFA from the Kansas City Art Institute and MFA from the University of Colorado Boulder. Her work investigates the fine line between the need to preserve and a desire to re-imagine, re-configure and re-contextualize the world around her. Utilizing a variety of forming methods and clay bodies, Whittier recreates elements from nature, unites the landscapes of her reality with the landscapes of daydreams, exploits the visceral qualities of clay, and ponders the power of shared experience. The physical impressions that come through rolling, tearing, squishing, dipping, pushing, pinching, molding, casting, and scratching become representations of touch, of thought, of time spent. Whittier is an advocate for community engagement through the arts. She teaches ceramics and social practice at the Kansas City Art Institute and works from her home studio.