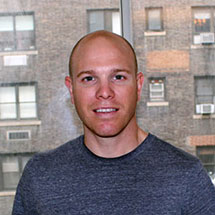 My work imagines what would happen if the entire military arsenal were simply pushed into the ocean. I’m a committed pacifist, but I am also drawn to the sleekness, the power, and the materiality of machines of war. My work attempts to represent my ambivalence to icons of military might by taking the forms of predator drones, fighter jets, submarines, and missiles and denaturing their surfaces. By reforming weapons out of wire, I reference both the practice of children’s war games and modeling, as well as everyday forms of construction like fence-building. I then coat these structures in irregular amounts of clay, allowing for an arbitrary amount of decay. It is this fantasy of decay – of a culture that could regard weapons of war as follies, as disintegrating monuments to an earlier era – which my work tries to trigger.

I also apply this logic to historical forms, specifically Greek ceramic vessels. I’m interested in these Greek vessels because of the way they represent a culture that venerates war and conflict, as this seems to anticipate elements of our own bellicose culture.