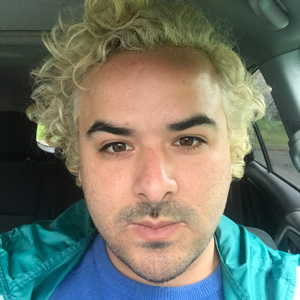 The best part of being a boy scout was to explore the California wilderness with my friends where we would often stumble upon litter or someone’s abandoned dwellings. Seeing what was left behind, we would try to imagine whose it was and why they had left. In my early twenties, I would visit a cabin in the woods and with the carefree nature of early adulthood, I would leave behind my own detritus. Suddenly, I had become what had spurred my curiosity so many years ago. Now, the work that I make in my own studio is a combination of what is left behind, by both myself and others.

In my studio, the unconscious arrangement of objects is what drives my work. I draw inspiration from an accumulation of wood by the road, to a cigarette in a tide pool. The destructive remnants of humanity are altered by time, but in my studio, I feel as if I can preserve these moments by composing the scenes in which these objects exist. As a director or curator of these past and present sets, I can arrange universally recognized products and intertwine them with my personal memories to preserve what is forgotten or no longer important. I love the challenge of trying to make things work together, adapt to each other visually and technically – to be purposeful in their substance and in their value and meaning. A cigarette or a crushed beer can may be a discard or the thread that ties two people together. I try to translate these moments that may soon be gone into a material statement that will last forever by highlighting the mundane things that make up our daily lives.

Andrew Castaneda grew up in sunny California. He graduated from Pennsylvania State University with his MFA. His work is spontaneous and half the time he doesn’t even know what he doing. His openness to new ideas, material and techniques help keep his work fresh. Andrew is in two private collections The American Museum of Ceramic Arts at Pomona, CA and the Kansas City Art Institute Teaching Collection. Andrew likes to travel and get lost in other environments. He loves meeting new people, places and materials. He finds inspiration in the most minute details.