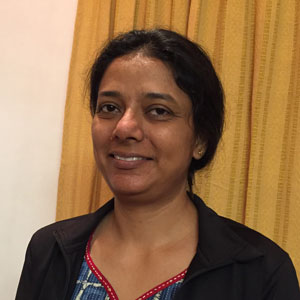 website
blog
resume
contact
Artist Statement
Nature fascinates me. When I see nature, I see geometry. I am inspired by the structures that emerge and evolve from the micro of the organism to the macro of the universe. I am in search of the elemental forms.My work is guided by the material I use. I feel that, in some ways, I am the material that I am working with: I am molding clay, yet it is molding me. I feel that my mind, vital and body must work in concert in order to manifest the forms, which I then offer to the fire. Then I must surrender to the exogenous forces of the cosmos. I am grateful to all the beings that have touched me. It is their energies that come together when I create.

I watch, enjoy and get inspired by the fluttering of a butterfly’s wings, and wonder why I find it so beautiful. I marvel that a structure so delicate and colorful, so perfectly suited to its function is constructed entirely of chitin. I find many analogous phenomena in the world that surrounds us.

Recently, it is the hexagon that has commanded my attention. I am fascinated by the countless examples of six sided shapes, spaces and structures to be found in the natural world. Beehives, the molecular structure of benzene, and interlocking basalt columns on the shore of Northern Ireland all share six-fold symmetry with the feather like water crystals that we call snowflakes.

Some of the latest work is designed in 3D renderings software SOLIDWORKS and printed in PLA. Others are made using CNC mill to form molds then slip-casted in porcelain. All the while, I continue to make work with the age old coil building process, celebrating the linear quality possible and intrigued by the parallels between pinched and milled marks.

A painting graduate from MS University of Baroda in India. I had exhibited in a few exhibition when I joined as an apprentice to Ray Meeker at Golden Bridge Pottery, where I worked for a decade. It included firing monumental sculptures and facilitating workshops among all the things that a pottery studio apprentice needs to do.An award from Japan Foundation brought me to Shigaraki Ceramic Cultural Park in Japan for six months. I accomplished a large scale sculpture other than visiting pottery masters and ancient kiln sites which were highlights of my time there.

A trip to Australia, when I worked at The Tin Shed Pottery in Launceston and then helped Neil Hoffman in preparation for the pre-conference and Wood Fire Tasmania conference in 2011. At the conference I presented a paper about the Golden Bridge Pottery and the first Anagama kiln in India with the title – Anagama in South India. I helped curate and participated in a group show with Indian Artists works called Continental Drift.

In 2014 I travelled to Markus Bohm’s studio in Germany. Here I helped set up a pre-conference conducted by Chester Nealie. before the 2nd European Wood fire at Guldagergaard, Denmark. Here I presented a paper about my work Tetrarc – making a 5 foot sculpture in India.

I have worked for short durations with Graeme Wilkie, Robert Barron, Markus Bohm and Jack Troy in their respective studios.

I built my own design of kiln and set up a ceramic studio in Pondicherry. Several successful firings led to solo exhibitions in the city and a group exhibition in Delhi.

With STEM scholarship I joined Utah State University to do my second masters, this time in Ceramics. I was selected a multicultural fellow for 50th NCECA at Kansas.

Most recently my work was selected for Out of the Mold at Carbondale Clay Centre and I got the local’s choice award.