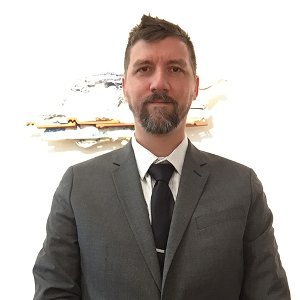 My work incorporates design, documentation and intervention to investigate history and material culture. I find limitless and liberating potential in the fixed structure of the brick. My interest stems from it being a thing in itself, existing as universal, ironical and is ever-present.

The brick functions as performative labor. The making of bricks and the subsequent constructions explore aesthetical and cultural value attached to labor and doing something for the sake of doing it. Several distinct bodies of work emerge – repair, replace and bricked-up. I replace industrial brick with handmade brick, repair brick with prosthetic components, create theoretical constructions inspired by the Window Tax of 1696 and paint the brick – the image as object.

I use paint from the collection of Martha Stewart Living. Her six-symbol key allows anyone, regardless of age, education, ethnicity, or gender, to create “a harmonious scheme and beautiful transitions.”

The series of documentations, prints and objects, reflect our changing understanding of objectivity. Machines test the bricks while digital technology allows me to alter and merge turning object to image. The brick undergoes subjective objectivity, from human observation to scientific objectivity afforded by technological advance - in an effort to understand the brick, and myself, more fully.

Adam Welch is an artist whose work incorporates design, documentation and intervention to reference history and material culture. The making of bricks and the subsequent artworks explore aesthetical and cultural value. His criticism is published internationally for Ceramics Art and Perception, the Log Book, Ceramics Monthly, and Clay Times.

Welch has participated in twenty-two exhibitions in the United States over the past five years, including the NCECA Biennial (National Council on Education in the Ceramic Arts) at the Tampa Museum of Art, solo exhibitions at Kean University, Princeton Day School, Hunter College and Northwestern College, and several curated and invitational exhibitions throughout the United States. Additionally, in the last five years he has published twenty-three scholarly essays, reviews and catalogue essays. His work has been featured in four books including The Best of 500 Ceramics: Celebrating a Decade in Clay, Ceramic Sculptures and 500 Ceramic Sculptures: Contemporary Practice, Singular Works published by Lark Books, in the NCECA Biennial (Tampa Museum of Art) catalogue and has been reviewed in Ceramics Art and Perception, the Korean magazine Monthly Ceramic Art, and featured three times in Ceramics Monthly.

Welch began teaching at Princeton University in 2010, when he was appointed Lecturer in the Visual Arts Program. Before joining Princeton’s faculty, he was the Assistant Director of Greenwich House Pottery and promoted to Director in 2010 where he continues to work. Welch was born in Burke, Virginia and earned a BFA with a minor in Art Education from Northern Arizona University in Flagstaff, Arizona in 2000 and a MFA from Virginia Commonwealth University in Richmond, Virginia in 2003. He moved to Brooklyn, New York in 2003 and has been living in Hightstown, New Jersey since 2009 with his wife, Rachel and their two daughters, Amelie and Finley.