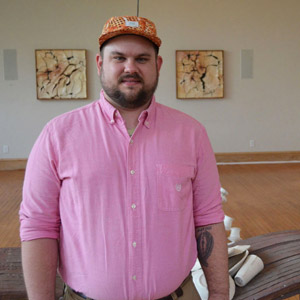 Every experience influences a person to make them who they are. Those experiences, traditions, and memories grow and merge together over time but are lost because of many factors. One that is hard to control is age. As people lose their memory to age, bit and pieces of that person seem to fade away. They may be sparked back to life with the telling of a story but as time goes on that spark simply isn’t there. By sharing, memories bring us together and keep us apart.

In my work, I use a combination of materials create objects to represent memories, time, and events to preserve and create discussion. I often create work that incorporates the physical properties of clay create objects. Clay offers a variety of material characteristics depending on the state it is presented, allowing for my work to range from temporary to permanent objects. This variable of permanence allows me to consider clay in many different ways when making decisions on the hierarchy of the material I choose to work with in each piece or body of work.

Born in St. Louis, Missouri, Alexander Thierry began working in clay while in high school. He attended the Truman State University in Kirksville, Missouri. During his time at Truman State, he received a B.A. in Painting, B.F.A. in Ceramics, and an M.A. in Visual Art Education. After graduation, Thierry traveled to Oak Harbor, Washington to teach high school pottery and design.

Thierry left high school teaching to attend the University of Kansas where he received an M.F.A. in Ceramics. Using the many resources of the university, Thierry experimented with clay as material and moved from making pottery to working conceptually with clay being the main material. Along with growing and evolving as an artist, he built a visiting artist series that received over $40,000 in three years of funding. He has also attended and workshops, and received assistantships to attend craft schools in Colorado, New Jersey and Tennessee.

Thierry now resides in Columbia, South Carolina and is an Assistant Professor of Ceramics at South Carolina State University. His work has been shown all over the United States in museums, galleries, and juried and solo exhibitions. His current bodies of work can stand alone or be intertwined between sculpture, video, and pottery.