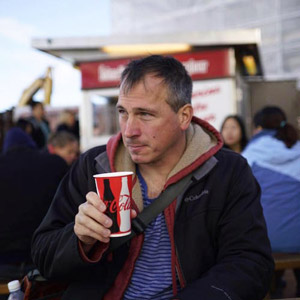 Currently Associate Professor at Louisiana State University, Andy Shaw also taught at Alfred University, Gettysburg College, Arcadia University, and Andrews University. He has completed artist residencies at the SÍM Residency of Reykjavik Iceland, at the Nova Scotia College of Art and Design, at the Northern Clay Center of Minneapolis as a funded McKnight Artist, at The Clay Studio of Philadelphia as the 2007 Evelyn Shapiro Foundation Fellow, at the Archie Bray Foundation, and at the Arrowmont School of Crafts.

In 2000 he earned a MFA in Ceramics from the New York State College of Ceramics at Alfred University and in 1992 a BA in History from Kenyon College. He also studied at Penn State University, the University of St. Andrews in Scotland, and apprenticed at Basin Creek Pottery, Montana.

Among the distinguished permanent holdings of his work are the Garth Clark and Mark Del Vecchio Collection at the Museum of Fine Arts, Houston and the Swidler Collection at the Crocker Art Museum in Sacramento. In addition to multiple awards for his studio work, Louisiana State University has recognized him twice with the Outstanding Teaching Award (2012 and 2014). Andy teaches frequent workshops and holds visiting artists events at universities across the country. In 2014 and in 2016 he taught as a visiting artist at the Reykjavik School of Visual Arts.

Andy Shaw is a native of Lewisburg, Pennsylvania.