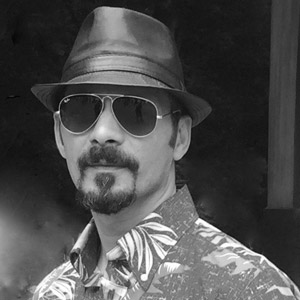 Traditional societies encounter a state of conflict in the face of modernity and often lose their effective forms, standards, and identity in the process. The tension between homogeneity and heterogeneity challenges the norms of traditional Iranian society and produces the most dramatic effects on women: personally, socially, and psychologically.

Behzad Ajdari was born in 1970 in Ahwaz, in southern Iran. He graduated from Tehran University with a degree in biology in 1988. However, he became a self-taught artist and for many years experimented with various media, particularly painting and sculpture. Since 1994 he has mainly focused on ceramics.

His works can be divided into three periods. His earlier artworks were inspired by and based on the study of aesthetics and forms in ancient Iranian ceramics. In the second period he produced functional and decorative vessels. His current works include the creation of artworks, which represent responses to social and physiological issues and the challenges, which impact daily life. All of his works are rooted in Iranian art and culture.

As one of the experts in the ceramics field, he has served as a juror, a director and a board member of the Ceramics Biennial during the 7th and 8th Ceramics Biennials as well as other biennials, exhibitions, and educational organizations in Tehran and beyond. He has educated and trained students through the Iranian Ceramic Society, cultural and art centers, and universities. One of his most important scholarly contributions is the re-production of the forgotten Iranian Luster (Zarrinfam) technique. and the development in an academic language and form, which has been published through articles, and esseys in varous publications.

He has been the recipient of various awards such as Best in Show in the 4th 5th and 6th International Ceramic Biennial at the Museum of Contemporary Arts in Tehran from 1996- 2000. More than thirty of his artworks have received national and international recognition in excellence from Iran and UNESCO.