Bryan Northup - “After Everything”

Bryan Northup - “You Eat It” 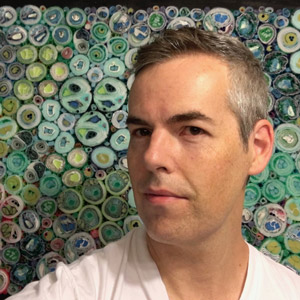 This work started with sushi.

As most of us know, sushi is a popular delicacy consumed daily worldwide and is dependent on the planets oceans to produce fish. I have chosen to disguise plastic as this recognizable food to gain entry into the viewer's psyche and ask - Would any person eat this "sushi" no matter how good it may look? Of course not! So why then does humankind force the planet's creatures, oceans, and land to swallow this un-natural material for the sake of our daily conveniences?

Our insatiable appetites not only for fish but daily fix of plastic-wrapped consumables seem destined to leave more waste than fish in the oceans. And because natural food sources for marine life are rapidly declining due to over-fishing, all manner of marine animals are forced to eat plastic. But we still do not see the connection to ourselves.

Using single-use plastics diverted from the waste stream, this series explores modern society’s unconscious consumption, appetite for convenience and consequent dependence on this petroleum by product.

I work with plastic as a fiber, a fabric, paint, in some ways as a cooking ingredient, a food.

I incorporate common tools such as chef knife to cut the rolls and an iron to laminate sheets of films together. Creating each roll, "sushi- style" is a meditation. While adding unlikely and inedible ingredients like foam, bubble wrap, plastic bags and myriad wrapping, I reflect on how this ritual is so closely related to making something nourishing, something we crave and can actually eat.

My intent is to stage an intervention about the enormous problem of single use plastics by forcing encounters with this toxic material in the context of art. My sculpture and assemblage work is multi-faceted, some works directly reference and mimic food, appearing to be edible, while others suggest a microscopic viewpoint, the effects of plastic at the cellular level.

The works transform plastic trash into a hybrid paint/fiber medium, questioning our perceptions of this ubiquitous material and our comfortable habits when choosing and using single-use plastics.

Bryan Northup is a California native, living and working in Oak Park, Illinois since 2008.

Bryan graduated from California College of the Arts in Oakland, California with a BFA in Fine Art Photography in 1998, and since then has worked primarily with glass, creating panels, tableware, lighting and sculptural works including a line of bowls made from the hail damaged glass of the Garfield Park Conservatory.

As an environmental artist Bryan is compelled to bring attention to the tenuous balance between the natural world and ever increasing human consumption and destruction of those resources humans depend on. Since 2015, Bryan has turned his attention to the problem of single-use plastics. By creating work with these plastics, he hopes to bring awareness to the environmental issues caused by this material.