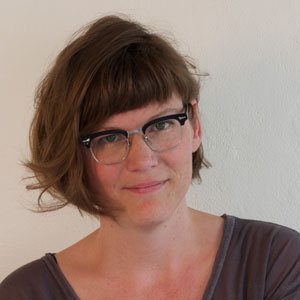 I’ve felt a bit disjointed for nearly as long as I can remember. First, it seemed to manifest in the dislike of an awkward body and the mystery of the social rituals of my peers. Later, it was my realization that many people around me believed in God past puberty despite a staggering lack of evidence. Most recently, the source of dissonance that cannot be ignored is my unwillingness to be entangled in an economic system that rewards the worst and punishes the worst off.

The work I make seeks to express the absurdity I feel as I search for a plausible solution to the discord between humans and the systems we are forced to operate in. I consider my work to be figurative, though it lacks eyes to see or mouths to speak. My objects are also vessels that lack utility. A vase with no opening, a flower brick too large to lift. A three gallon perfume bottle. This lack of agency in both the figurative and utility aspects reflects the anxiety of existing within power structures that seem insurmountable.

Though I can identify anxiety and stultified figuration in my work, also present is the pleasure I take in the work itself. Part of this joy is in the execution of my skilled labor for the sole purpose of the “useless” object. Pouring my body and mind into the creation of art is the most concise method I’ve found of utilizing my life with sincerity. Another aspect of the joy of work is evident in my embrace of ceramic materiality, seen in the cobalt blues, chrome greens, and terracotta reds I choose. My love of ceramic processes, materials, and traditions is an endless source of inspiration.

The creation of art is my pathway through the absurd and into the joyful.

Carolyn Watkins received her MFA in Ceramics from Indiana University in Bloomington in 2015. She received her BFA from the School of Design Art Architecture, and Planning at the University of Cincinnati.

Carolyn has exhibited nationally in exhibitions such as Beyond the Brickyard at the Archie Bray Foundation, the Jung Center in Houston, Texas, and the Indiana University Museum of Fine Arts.

She has done multiple ceramic residencies, including Anderson Ranch Arts Center in Colorado and the Mendocino Arts Center in California. She has also studied ceramics at the Pottery Workshop in Jingdezhen China. Carolyn currently resides in Houston, Texas, where she will be a ceramic resident at the Houston Center for Contemporary Craft in 2016.