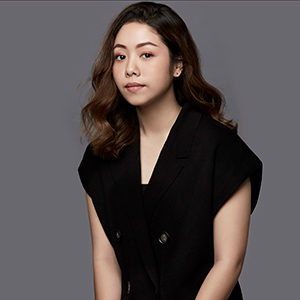 My role as an explorer was initiated when I was a child, and my doodles were treated as treasures. I moved from Thailand to pursue my Master of Fine Arts degree and have unavoidably been immersed in an entirely new culture. I have faced new and unforgettable experiences which have changed my life and the way I make art. Living in a totally unfamiliar world has had lasting impressions, and has affected my work. In the beginning, I found that I was slowly and unconsciously changing into a new person and trying hard to blend into the new society and culture. Eventually, I shifted back to myself, although a new, better version of myself. I realized that people from all around the world share similar feelings and you don't need to fit in to be happy.

I came across a story of a man who went to jail before social media took over our world and changed how we live and interact with other human beings. The first day he earned his freedom back, he was walking around and noticed that people had little things on their ears and were talking to themselves. Tons of people were staring at their big phones, and no one was reading newspapers or books in a subway anymore. He had so many new things to learn and keep up with. He felt out of place, like he didn’t know the world anymore. From that story, it got me thinking; what if dinosaurs came back to live in this present world? How would they feel? They were here first, a long time ago. They died, and we took over, slowly changing their world. They would probably try so hard to fit in and try to live the life that suits this modern world. Yet, they will stand out anyway because they are dinosaurs.

Sometimes when I go to new places or surround myself with a new environment, I feel like I’m a dinosaur. I think people will see that I do not belong. I think about these things a lot, and then I realized that it’s just an insecurity and it is completely normal to have them. We should embrace our differences and find ways to live with it. I would like to send a message through my art that encourage people to accept that everybody is unique and that is what makes people special as individuals.

Chanakarn Semachai (Punch), was born and raised in Bangkok, Thailand. Chanakarn graduated in 2012 with her Bachelor in Fine and Applied Art Degree from Chulalongkorn University located in the heart of Bangkok City, the capital of Thailand. In 2019 she earned an MFA degree from Edinboro University of Pennsylvania, USA. Punch is starting off as a sculptor, however recently began exploring functional wares that discuss similar ideas and designs as her sculptural surfaces. She combines a multitude of unique and exciting design elements on both her sculptures and functional vessels, creating a cohesive body of work. She has shown her work internationally, both in Thailand and in the United States. Her work was published in Ceramics Monthly’s Drink Up!2018 September Issue. She was awarded a first place through the Jensen Art center's 6th Annual Cup Show. Recently, she won The Juror Choice’s Award through Companion Gallery. Punch was included on C File’s Holiday pop-up sale in 2017. At NCECA 2019, Punch’s work got displayed at NCECA Juried Student show, Companion Gallery exhibition, Sea roots exhibition and You’ve been served, a cup show runs by Clay Art Vegas. Currently, she has a career as a full-time creative ceramic lecturer at Faculty of Fine and Applied Arts, Chulalongkorn University in Bangkok, Thailand.