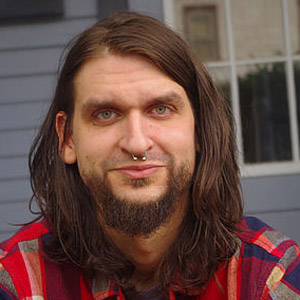 Association or referential thought patterns occur constantly as we try to make sense of the world around us; we view everything against something we have already seen or come across. I seek to create a novel experience from the re-fabrication of objects that exist in everyday life. Though valorization of a commonplace thing, interaction ties the physical thing to a history of use, making objects that are used more valuable through this accumulation.In terms of need for function the design world and industrial production have moved far beyond the pure necessity of the handmade object. With the paper coffee cup, the disposable, utility is the primary goal; after the service is performed and the thing is discarded. The clay object is used and reused allowing a personal relationship to form between the user and the object, the maker and the user. My work is meant to reconnect us with the haptic; the tacit knowledge of the physical. Industry and culture have led us to a point in history where the vessel itself disappears, and it is assumed that what we are using operates under an understood utility. I want my sculpture to bring greater awareness to the constructed world around us.

Chris Drobnock began his ceramics studies at Juniata College under Jack Troy in 2002; continuing to fire anagama kilns with him until 2013. He received his BFA with a dual concentration in Ceramics and Printmaking at Edinboro University of Pennsylvania in 2008 and has worked as both a Studio/Lab Technician and an independent studio potter and sculptor in Pennsylvania. In 2014 he spent three months at Tainan National University of the Arts, in southern Taiwan, as a resident artist. He was awarded the First Place prize during the 12th Annual Marge Brown Kalodner Graduate Student Exhibition at The Clay Studio of Philadelphia. In 2016, Chris completed his MFA at University of Arkansas, Fayetteville. He was accepted to the Clay Studio of Missoula as their wood fire resident and as of 2018 he is in his second year as a resident artist. He exhibits internationally and is represented by the James May Gallery in Algoma, WI.