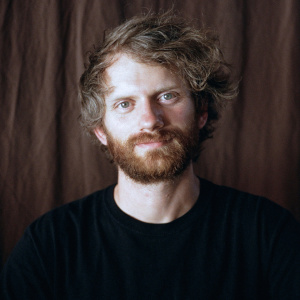 My studio practice is about evolution and the constant state of becoming. Choices are made by giving agency to the clay and letting its physical characteristics influence form. This process has shown me how biologic evolution is the same as formal evolution.

My clusters of objects are about relationships. I view them as a muddle of creatures engaging with their surroundings. Each organism serves a role as they contribute and take away from their habitat. Together they create a complex system of interdependent relationships. The individual and the collective are equally important.

I hope the viewer gains a sense of their place within this web of life. There is no hierarchy, only symbiotic and interdependent relationships. Exploration and engagement with the natural world stimulate philosophical notions of what it means to be alive and evolve. Exploratory viewing of the installation mirrors this in effect, and discoveries are made by taking a closer look.

Coleton Lunt is a resident artist at Belger Crane Yard studios in Kansas City, Missouri. In the coming year, he plans to push the strangeness of his sculptures with more bodily features such as wrinkles and cellulite. At the same time, he is investigating contemporary methods of installation using sound and light.

Coleton grew up in the Mars-like landscape of southern Utah, where the red sandstone appears to be deliberately sculpted by geologic forces. He was a hiking guide there for seven years, earning enough to put himself through college.

During his BFA at Northern Arizona University, he developed an aesthetic for wood-fired pottery, inspired by the rocky landscapes of home. Moving on to his MFA, he was fortunate enough to attend the University of Notre Dame. There he evolved his pottery style to create sculptural, creature-like forms.

Coleton is also passionate about educating people in ceramics. He views teaching as a way to keep the traditions of clay alive while offering a creative refuge from the stressors of life. He currently works at Belger Studios and expects to keep teaching for the rest of his career.