Cydney Ross - “Weight of the World”

Cydney Ross - “Where the Water Runs” 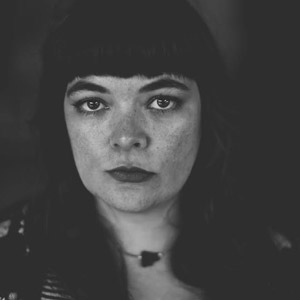 As a jewelry designer and sculptor I create works of art in ceramics and mixed media and a wearable fashion line featuring precision-crafted, porcelain jewelry and accessories. My interest in architecture, inspired by the urban structures I’ve experienced in my home city and during visits to Europe, drive the forms I create in both practices. I'm particularly inspired by structures that are being built, torn down or have faced massive destruction.

Though my building methods are calculated, there is still an amount of spontaneity that occurs throughout the making process, especially when the rules of chemistry and gravity come into play. These forces aid me in the depiction of the passage of time that follows all things. I use unconventional processes in ceramics, like intentionally over-firing or freezing then thawing sculptures to encourage swaying, slumping and collapsing.Examining architecture, its' relation with the earth and how it shapes cultures is my exploration of liminal spaces where the tension between creation and destruction resides

Cydney Ross was born, raised and resides in Kansas City, Missouri. She received her BFA in ceramics from the Kansas City Art Institute in 2013. Ross developed an interest in architecture as subject during a study abroad course at the International Ceramics Studio in Kesckemet, Hungary. A sculptor and jewelry designer, Ross maintains a studio fine arts practice in ceramics and mixed media. She is the creator of the wearable fashion line CYDNEY ROSS, featuring precision-crafted, porcelain jewelry and accessories. She is the Gallery Coordinator for Belger Crane Yard Studios in Kansas City, Missouri.