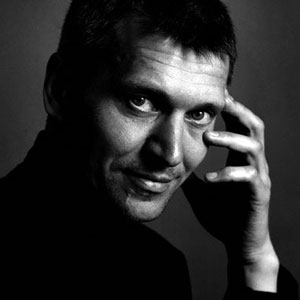 Many times I’ve been trying to define who I am and what I am doing while creating a new object. In the course of time there have emerged two basic methods, which could be described as the magic trick & the gardeners method.

A magician makes the object emerge all of a sudden and out of nowhere, like in a magic trick. The drawback of this approach is that there is not always time to become aware of the seriousness of the process. Alternatively, the gardener grows the object by carefully tending it, thereby reducing the risk of mistakes in design by liberating oneself from immoderate inclination.. And sometimes in the creation of the object both methods are employed simultaneously.

My strongest inclination is to tend my work like the gardener.

Dainis Pundurs came from a rural area in eastern Latvia that still tends its strong folk pottery tradition. In his childhood, he was already fascinated with clay, the potter’s wheel, and the process of creating a wheel-thrown vessel. This may account for his present choice of material, which is not of little importance if we are concerned with the formal aspects of his work. Pundurs attended the regional high school of applied art, and survived the intense competition for admission to the Latvian Academy of Art, where he became a student of the legendary Peteris Martinsons. He received his BA in 1992 and his MA in 1997. He has been an Instructor at the Academy since 1992.