Darien Arikoski-Johnson - “At the Break of Out They Went” (detail)

Darien Arikoski-Johnson - “Receding to the point” 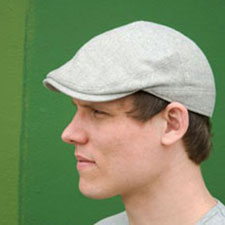 Prevailing technologies facilitate the instantaneous acquisition, manipulation, and subsequent redistribution of perceptual experiences. This recording and transfer of ideas enables us to form an alternative understanding of existence. How does absorbing information through digital media define a person’s notion of reality? How does it affect our interpretation of “real?”

My work represents the current entanglement of human cognition and digital processing. For over a century, photography has been used as a tool to record visual memory. But the recent proliferation of the camera-phone enables us to record spontaneously. Experience is interrupted to capture and store moments. The recordings are used for recollection; however, over time our reliance on the two-dimensional image to replace perceptual experience flattens and fragments the memory. By dissecting and altering these fragments, my work raises awareness of a continually altered state of visual consciousness. It makes reference to a shift in contemporary experience relating to the cognitive processing of sight.

This conceptual framework is directly tied to my studio practice. I begin the process by responding to a visual cue, and intentionally interrupt my experience to capture and store the memory with a camera-phone. I photograph the mundanely familiar, subjects that are otherwise overlooked. These images, when reorganized and removed from context, reference the rampant use of photography. They are digitally manipulated, altered, fragmented, and recomposed. The resulting composition is then rendered onto a slip-cast porcelain form. Using china paint, I build an image consisting of multiple layers. The first layer begins with light washes of paint. With each coat, I render more detail and depth of color, while considering its firing range.

The forms onto which I paint are produced by a combination of modeling, mold making, and slip- casting. The smaller forms are initially constructed out of a solid block of clay, molded, and then slip-cast. To produce the larger forms, I fabricate a wooden substructure that is filled with foam and covered with a layer of plaster. The plaster is refined and sanded until smooth. After sealing the plaster with urethane, I produce a plaster shell mold. The forms are cast using a cone 6 porcelain casting slip (Forrest Snyder’s Translucent #1).

The forms act as a solidified representation of the fluidity of human cognition. The intrinsic reality of form contradicts the undefined intangibility of thought, thereby extracting an otherwise internal formation of understanding. Areas of the form are flattened; this references a fluid experience, interrupted by capturing the digital recording. White thread often extends from the flattened surface and leads into a plexiglass container, which houses bits of colored thread. This creates both a visual and metaphoric connection to the breakdown and storage of information. The resulting work conveys an entanglement of artistic intuition and digital processing, and comments on the integration of digital media and human cognition.