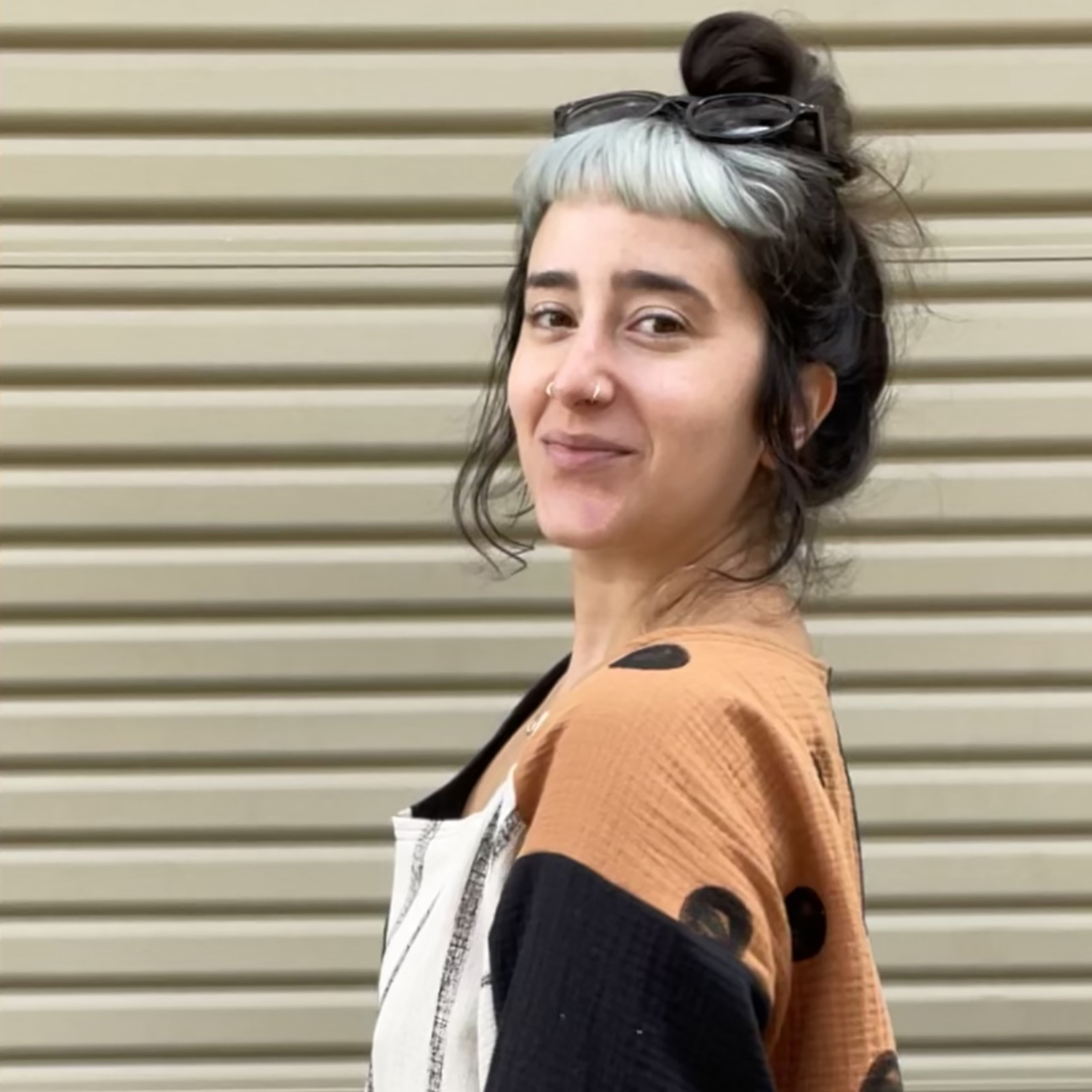 In my work, I make connections between the utilitarian object and its counterparts; the user and/or the object’s environment.

Being the child of a woodworker, I was raised in a design-rich environment that has influenced who I am and my current body of ceramic work. Geometry, texture, and the functionality of my work emanates from this artistic environment. Different textural surfaces are created in my work by using pinched marks and/or self-made colored bisqued grog juxtaposed between smooth, defined lines and edges. Bright colors paired against a soft earthy color palette create high-contrast focal points in the work. Using geometry, I sgraffito line-work, add stenciled drawings and patterns, and/or stamp the surface to heighten the formal elements of design. The decorative elements on the pots are used to showcase food in its presentation. My work strives to bring forth a sense of tranquility in its minimalistic design, yet there is a sense of playfulness directed through the color palette and textural surfaces.

Didem Mert (she/they) was born and raised in Cincinnati, OH. Mert received their  BFA (ceramics) from Northern Kentucky University in 2014 and MFA (ceramics) from Edinboro University of Pennsylvania in 2017. Mert has exhibited nationally in places such as The Clay Studio, Companion Gallery, Charlie Cummings Gallery, AKAR, The Erie Art Museum, and over forty other venues. Didem’s work was published in Ceramics Monthly’s 2014 Undergraduate Showcase.  Mert was awarded a first prize grant through the Three Arts Foundation in 2014. They were featured on the cover of Pottery Making Illustrated’s January/February 2016 issue. Mert was included on C File’s list of 15 Potters to Watch in 2016 and was featured on Architectural Digest’s 10 Ceramic Artists Giving Pottery A Modern Update. Mert led a residency at Watershed Center for the Ceramic Arts during the summer of 2017. They were honored as one of Ceramics Monthly’s Emerging Artists of 2018. Mert was a summer resident at the Archie Bray Foundation in 2018. Didem currently lives in Sebastopol, CA and works as a full-time studio potter and workshop instructor.