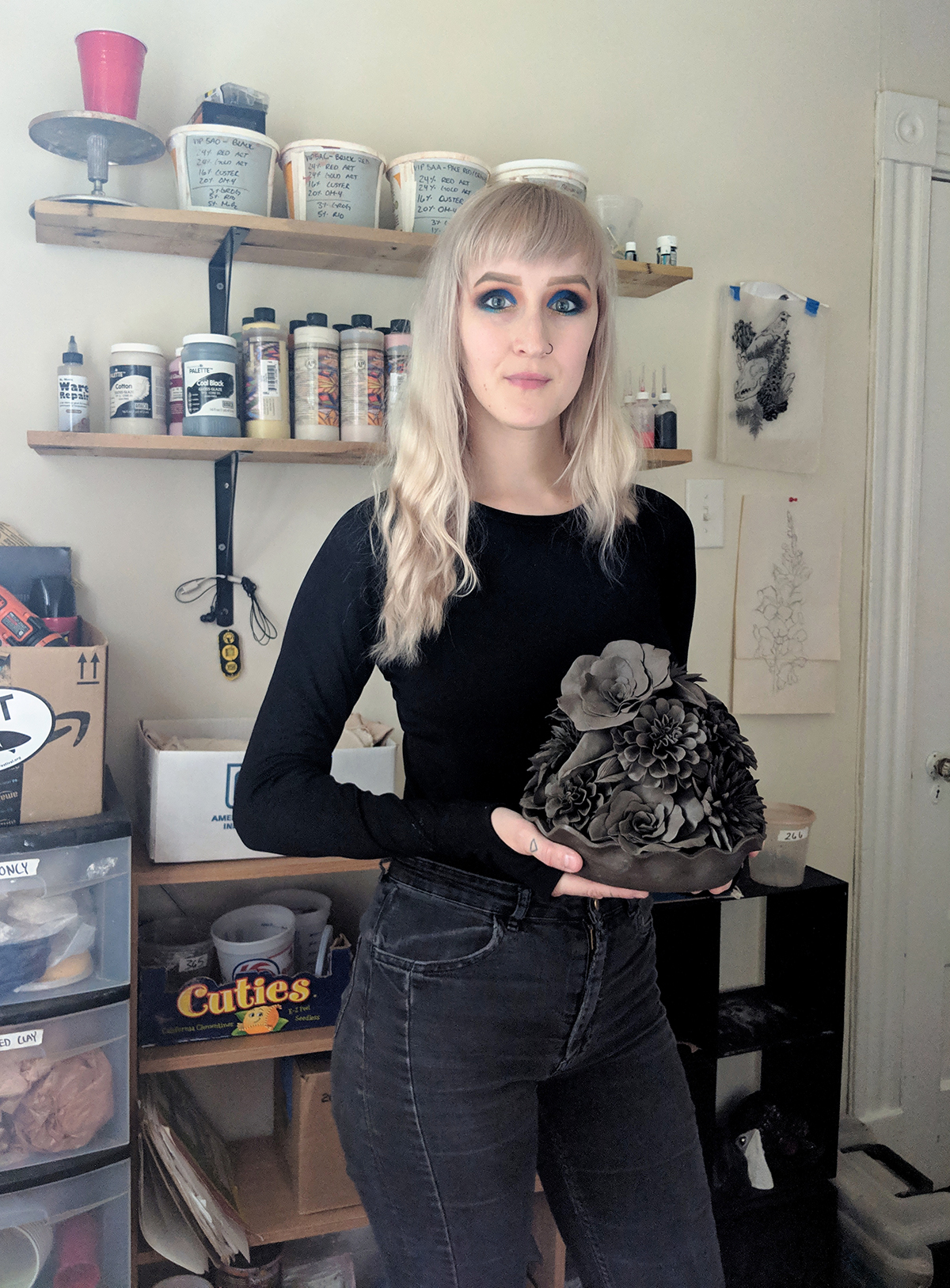 I source autobiographical evidence in the form of family photographs to inform the construction and accumulation of objects that ritualize a deceased body and explore collecting as an act or desire for preservation. I’m interested in spaces between—those between life and death, preservation and degradation, permanence, and impermanence. The work is sited within the domestic—a space where souvenirs, collections and collectibles, and other distinguished objects become part of a person’s life. I reference self-made altars and shelves of curio—spaces where empathy is found through objects. I reference and re-present the autobiographical through the quotidian in order to invoke feelings of familiarity.

Through a sensitivity to material, I examine and extract the emotive power of objects and how the desire to preserve and collect relates to loss. My material choices are driven by an attempt to understand intimacy, touch, memory, and material evidence of the past. The resulting work considers loss and death but does not imply that death and its reminders exist in opposition to life. Reminders of loss and death are woven through the collected and constructed objects presented to create a site and body of work that is transitional, dynamic, and changing over time. I reference 17th century post-Reformation-era English death rituals, where life and death were viewed as a singular cultural process to ease the pain of loss when it inevitably presented itself.

Ultimately, I am interested in how we come to terms with loss and how we rationalize collecting, preserving, and displaying mundane, unremarkable, or ordinary objects—especially alongside things that are extra-ordinary. Heirlooms and other collectibles have a value that is not economic but is instead found in their relationship to other items they’re displayed alongside—their value is aesthetic and rooted in nostalgia. I rely on this intimacy, emotional capacity, and imbued memory to explore and examine loss.