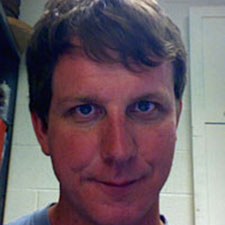 Since the early 1990’s, my studio practice has been concerned with the creation of functional pottery. One encounters my work visually and physically, and in this way it fosters a multifaceted, sensual experience that communicates my interest in the richness, beauty, and diversity of human existence. Pottery form, in its inherent relationship to the human body (i.e., lip, neck, belly), speaks to the viewer/user through anthropomorphic familiarity and an implication of direct physical contact. Thus, pottery evokes a participatory, physical and conceptual experience that makes it uniquely powerful and real.

Concerning surface, I have mainly employed the richness of salt glazing and wood firing in order to evoke an emotional response in the viewer/user. These firing processes offer subtle, beautiful colors and uncommon surface qualities that embellish my use of strong form and exquisite craftsmanship. Each piece is an individual to be investigated and revealed to the viewer in a different way each time it is held and used.

A marked departure from my earlier explorations is evident in my most current work. In generating these slip-cast forms, I am challenging preconceived notions of utilitarian pottery by creating forms that have visual qualities and ways of functioning that are distinct from those of the traditional pottery that we know and understand. This creative research speaks of a deep inquiry into human sensory perception through the use of voluptuous form, rich, uncommon surface, and implied and actual use. The work is interactive and relational in that one must touch and handle the pots in order to fully comprehend their potential as conceptual and functional objects. Anomalous in form and function, these pots are strangely erotic and tumescent in nature, evoking excitement and titillation in the user by spurting, slurping, sucking and bubbling their contents. They are pots, but function quite differently than conventional pottery.

I am committed to finding new ways to express the conceptual concerns of form and function that pottery encompasses. By approaching my studio practice with this fresh perspective, I seek to contribute something substantial and new to the tradition of functional pottery. This, I feel, is the challenge presented to potters working within our modern context.

Joe Davis was born in Parkersburg, WVA on December 14th, 1967, and was raised in Marietta, Ohio. He is a graduate of Marietta High School in 1986. Prior to his employment as Ceramics Instructor at Marietta College from 2009 to 2011, Joe taught ceramics at Utah State University in Logan, UT. He earned his Master of Fine Arts in Ceramics at Ohio University in Athens, OH. He was a Graduate Teaching Assistant at Ohio University and was a ceramics instructor at the Craft Center, University of Oregon in Eugene, OR. Davisʼ technical abilities include all aspects of studio ceramics such as gas, electric oil, wood-firing, stoneware, porcelain, glaze formulation, mold-making and slip casting. He is also accomplished in all aspects of studio metals, metal fabrication and cold and hot glass working processes. He was a CNC machinist and production supervisor from 1995 to to 2002 before leaving industry to immerse himself, professionally, in the field of Fine Arts. As an artist, Davis has presented his work in one-person exhibitions at Utah State University, The University of Arkansas at Monticello, AR, Adleta Gallery in Athens, OH and the Washburn Gallery at the University of Oregon. His work has been included in numerous national invitational and juried exhibitions, including The Yunomi Invitational at AKAR Gallery in Iowa City, IA, Teapots across America at Red Sky Gallery in Charlotte NC, and Strictly Functional Pottery National at the Market House Craft Center in Lancaster, PA, just to name a few. Davis has been the recipient of a Graduate Teaching Assistantship at Ohio University; the Ellice T. Johnston Memorial Scholarship in Talent, OR; the Arthur E. Baggs Memorial Scholarship at the Ohio State University Department of Fine Arts in Columbus, OH and Best All Around Cup at the Exploding Head Gallery in Sacramento, CA. Davis is currently leads the ceramics area in the Visual Arts Department at Mt. Hood Community College.