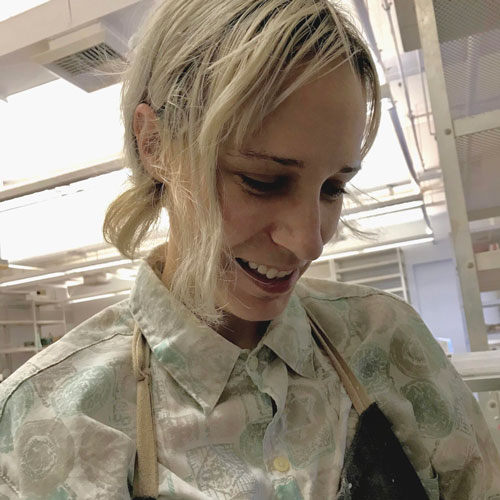 What I see cannot be seen, as it is veiled. Faith is blind, and eyes are of no use.

When reduction is used to eliminate everything, a person becomes singular; what is left to exist is a vision of oneself  alone.  Solitary affects one’s logic while it only gives the ability to hear.  Abruptly this sense becomes intensified to such a level that it could equate to a superpower.  What remains is only to hear and speak, which then deny the possibility  of person and place.  With vision masked, how does one’s realization begin to believe in what is concealed?  Words.  Words  are chaotic because they can never be framed nor measured.  Words are infectious because they live inside us and can  spread from person to person.  Words are mobile because we can have the ability to carry them within ourselves. Words are also flexible and strong because over time words regenerate and revive through transmission of another, which carries out their message as if designated runners to relay on and pass the baton to the next.  Through continuous receptive actions using spoken words, that turns into a routine, the body begins to heat up till the point where consciousness can be revealed.  These practices of action create what did not exist prior, like a light towards an obscure dark space uncovering what has been hidden.

My childhood home exhibited no icon of God, his teaching, or discussions of God; yet, I have transported with me the ideology of the Lutheran Church that God is always with me.  I was wondering how and why something so weightless and invisible carries such encumbrance.  It was only in hindsight through my recent research that I could come to discover why  the idea of God took no formal place in any particular space, i.e. the impression of transposition of God has been an unbounded one.

If only a personal relationship is formed with no statue or picture to gaze upon, what occurs is a profound belief in invisibility.  Yet, within this credence, it is not without subjectivity. It is in this subjectivity that I would like to take further pursuit.

Kate Strachan is an artist whose primary material is clay; however, she also integrates various other materials based upon her former experiences working in fashion.  Currently she is finishing her MFA at Tainan National University of the Arts.  Prior to her Masters, she was in Japan for five years, where her ceramic career first took place.  There she used the first two years to apprentice the 16th generation Ohi-yaki family ceramic family in Kanazawa and then followed with her own practice.  Originally from Pennsylvania, presently her curiosities lay in the influence of comes from the idea of invisibility and preservation.  Growing up in a Pennsylvania Dutch Lutheran Christian home.  Lutheranism is based on the idea of not using visual icons of God, which my family’s home did not display; yet through word-based faith, a personal relationship with God was to be met every night through prayer, which showed me what invisibility looks like. This ideology of Lutheranism has been sewn into the arts and crafts as a result of the history in the Pennsylvania Dutch community.  Within this invisibleness, she is questioning in how a word-based faith represents the existence of an invisible God and its influence on my childhood self. Kate has shown work in Takashimaya Department Store (Japan) among other galleries there. In 2016 her work was featured on JAPAN Vogue’s website.  She has been invited to participate at Sasama International Ceramics Festival 2017 in Japan, as well as several times at Jingdezhen Taoxichuan International Art Fair in China. In 2020-21 she was invited and supported by the Agency for Cultural Affairs, Japan for a three month residency at Shigaraki Ceramic Cultural Park.