Kiana Honarmand - “Behind the Black, Brown and Gold” (installation shot) 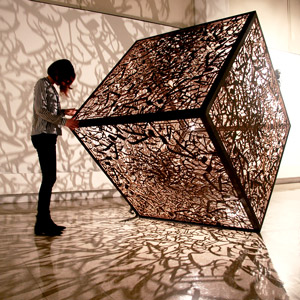 My work focuses on issues related to my cultural identity, especially the treatment of women in Iran's society, the male gaze, censorship, and surveillance. These are difficulties that every person, especially women, living in Iran has to deal with on a daily basis. Iran is a patriarchal society and as such, women are treated as second-class citizens; where even the laws of the country are stacked against them.