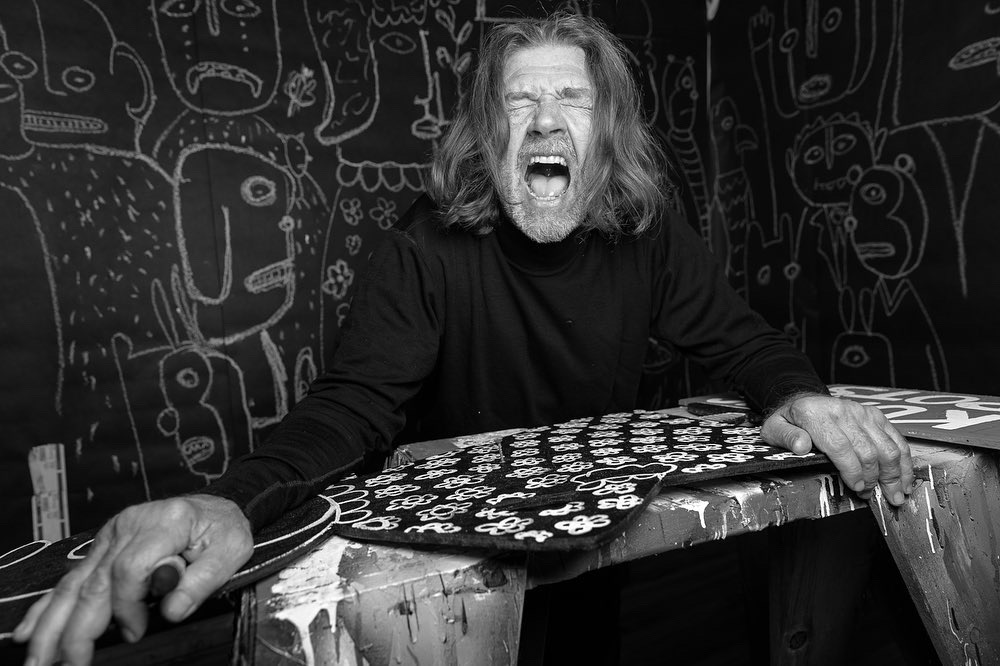 Invent a universe. Give it its own rules, it’s own logic. Break the rules, bend the logic. Fill it with beauty and terror. Laughter and joy and misery sorrow. Don’t leave anything out. The breadth and width of human emotions. It’s all valid. Doodle it. Doodle hard. Doodle your way to victory. Don’t forget who you are. Don’t forget where you came from. Once you were a kid watching the Jetsons all alone on Saturday. You were the dog left at the shelter, the free kitten at the grocery store. The awkward teenager with the gay dad, terrified people would find out. Now you’re a stone gargoyle perched atop the cathedral, wondering WTF is going on down there. You’ve seen so much. Packed it all away. Remembered all of it. Use all of it, feel all of it. They invited you in so tell them all about it.

Originally from the Bay Area, Kurt Anderson now resides in Spruce Pine, North Carolina. He has attended the University of Wyoming and Louisiana State University. He is an introvert. He likes cats but prefers dogs. In his world, mornings are never rushed. Night time is the right time. He has been a resident at The Archie Bray Foundation and Watershed Center for Craft. In 2009-10 he was awarded the Fergus Post-MFA Fellowship at The Ohio State University. He has taught here and there. He shows his work at many galleries throughout the United States and even once in Canada