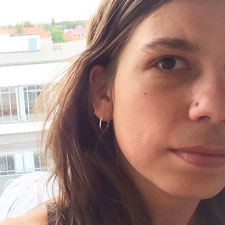 I am invested in using assertive and powerful performances of the female body in relationship to the built environment, wearable objects, and systemic power structures. I explore this territory through the lens of craft media.