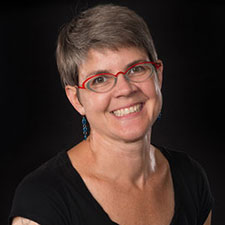 The pieces I create are visual and sculptural objects. I conceive of each body of work with a particular set of formal goals in mind. The contours and volumes, colors and surfaces of the objects I create compose a dimensional image. Volume is a key element in utilitarian forms as it defines the potential for containment. The visual evidence and the physical quality of this volume is important to the way my work communicates formally, whether the volume is expansive and taut or soft and weighted. I think of the outlines and edges of the work as drawn lines. I choose and manipulate the softness, weight and speed of these lines. Edges and lines both define and interact with the volume of the forms. Surfaces, whether they are visually complex, or minimal, are chosen in part based on how they respond to and enhance form and line. I observe and enhance the visual and physical relationships between two or more forms when they meet in a pair or grouping.

Utility is also a primary concern. The audience’s real or implied interaction with my work provides not only its context, but also much of its content. The immediate context of this work is of course, the home. The larger context of the work lies within the long history of the decorative arts and the field of craft. The kind of visual and physical interaction we have with domestic objects, and our attention to and understanding of these objects is quite different than what occurs in a museum or gallery. I craft my work paying studied attention to the weight and texture of each piece. I anticipate that the work will be held, carried, and poured from; lids will be lifted and replaced. Details are important. My more elaborate forms are designed to require care and attention when used, the simpler ware is designed for a less conscious interaction.

When creating my work I am also engaging in a dialog with the existing vernacular of utilitarian forms. Each of us has an inherent understanding of functional forms that is embedded in our culture. This vernacular changes with time and place. I am both utilizing and questioning this rather slippery language of form and use in my pots. My choices of form, scale and color, as well as the style and placement of spouts, handles and feet are based in part on my understanding and examination of this cultural vernacular. In this way utility provides a particular form of communication between myself and my audience.

My understanding of this language of forms comes from my study of historical ceramics and the decorative arts. My work owes allegiance to no particular historical tradition, rather I find the influences and relationships between objects and makers from different cultures and time periods is what fascinates me. Each pottery form carries a particular cultural and historical text that is part of that dialogue. Many of these objects are sources for my work. Chinese and Korean celadons, Iranian and European tin glazed earthenware and Bauhaus and Art Deco ceramics from the Modern era are several of my influences. Working primarily with porcelain, I am interested in its particular history. European porcelain from the 18th and 19th century such as Sevres and Meissen provide rich visual source information. I also have an interest in the women’s tradition of decorating on porcelain in the 19th and early 20th century.

This new body of work was begun in 2013. This work consists of what I consider to be sculptural representations of utilitarian forms arranged on, and framed by, large stoneware trays. The forms are largely based on European, Modernist era silver tea, coffee, and chocolate sets. My interest is in the abstraction and repetition of forms and visual motifs, and in the “still life” like arrangement of these forms. However, I am also interested in the “loaded” nature of these forms. They carry references to the classism of the societies in which these forms were developed to signify status and worldliness, as the drinking of tea, coffee and chocolate developed from trade with and colonization of Asia and the new world. The materials from which they were made, porcelain and silver, were also intended to convey the status their owners. Historically these forms were elaborately ornamented and adorned with form language and imagery that reinforced these ideas, although most of these signifiers have been deliberately erased in their modern manifestations, as the rituals of their use have become less practiced. My work, like its Modern inspirations, is quite formalist and the actual function of this ware is vestigial. Unlike my historical inspirations, in my “modernist” pieces I place a deliberate emphasis on process and substance. The forms are pinched up from moist clay and the glazes are chosen and applied to emphasize their substance and character. The forms are left unrefined and retain the repetitive marks of the pinching process. The glazes are thick and have rich visual texture. The dark, course stoneware trays are left unglazed. These sets are oversized, to emphasize their weight and physical presence.

This is a body of decorative yet functional pottery that I began making in 2006 and continue to develop and to exhibit. These pieces are utilitarian, in that each is designed and crafted with a specific function in mind. I spend attention and care on ensuring that lids fit, that spouts pour well and that the weight and volume of each form suits its intended function. The visual repetition of surface and form in this work reflects my interest in European porcelain of the eighteenth and nineteenth centuries, much of which was made in large, elaborate sets of ware for specific domestic rituals, like the serving of tea or dinner, or the arrangement and display of flowers. They are hand built using porcelain slabs that are highly textured creating a structured surface from which the form language evolves. The forms are generated through manipulation of a soft gridded surface. This grid contributes an inherent structure to each of the pieces that acts in opposition to the soft volume of the pot, which expands from within, through that linear structure. These pieces have complex glaze surfaces that are designed to respond to and enhance their exaggerated surface texture. I have chosen two complementary glazes for each form, one visually complex glaze that is matt in texture, and drips and pools in the textured surfaces, another of the same hue and value that is smooth and reflective, that highlights the functioning parts of each form, handles, feet, spouts. The forms are adorned with dimensional sprigs or floral glaze decals that iterate within the already complex gridded surface. Many of these pieces are placed in and on earthenware, and sometimes stoneware, trays, trivets and caddies. The result is a layering and juxtaposition of disparate and complex elements that become integral.

This is a body of simple utilitarian pottery that began in 2007 as a deliberate counterpoint to the above mentioned, much more elaborate, “Bumpyware”. This group of work is made simply and assembled relatively quickly from soft, porcelain slabs, giving it a soft, casual spontaneity. The edges of these slabs are left visible and create a simple network of lines that “draw” and define the forms three-dimensionally. When making each piece I am conscious of the quality of each of these lines defined by its weight and direction. I am inspired in this work by the direct clarity of modernist ceramics designed by Russell Wright and Eva Zeisel. My work, like theirs, is designed to be easy to use and to integrate into your home environment. The form language is simple, and soft, satin and matte glazes allow one to see and feel the quiet nuances of shape and shadow. The glaze palette is deliberately monochromatic and satin or matte in texture. This, in order to allow the simple forms and edges, and the shadows they create, to be clearly seen and read.

Margaret Bohls makes hand-built pottery that she shows and sells both locally and nationally. She received her BFA from Rhode Island School of Design in 1989, and her MFA from Louisiana State University in 1995. She has been teaching ceramics at the college level for twenty years. She is currently Associate Professor of Art at the University of Nebraska – Lincoln. She previously taught at the University of Minnesota from 1998 to 2011, and has taught as visiting faculty at Ohio University, Penn State University and NSCAD University in Halifax. She has given lectures at universities across the U.S. and has taught hands-on workshops at art centers such as Greenwich House Pottery in New York, Anderson Ranch Arts Center in Aspen, Colorado and Penland School of Crafts in North Carolina. Bohls’ work has been shown in over 100 group and solo exhibitions since 1995 and is included in the permanent collections of the Minnesota Museum of American Art, the American Museum of Ceramic Art (AMOCA), and in the Sonny and Gloria Kamm Teapot Foundation Collection. She has written articles for the Journal of the National Council for Education on Ceramic Arts and Pottery Making Illustrated, and her ceramic work has been featured in periodicals such as Ceramics Monthly and Studio Potter Magazine.