Mayumi Makino Kiefer - "Chimera"
2019, 147cm H x 46cm D, Media: Stoneware, Firing Process: High-fire, Reduction, Wood fired, Surface: Engobe / Slip / Underglaze, Glazed
This was intended to be two figures, but during the process, the wood kiln was destroyed making it impossible to finish either one, and have the product match (the torso of one, legs of another and arms were ruined in the accident); so a few adjustments were made, abstract arms were fashioned...making the combination of Homage to Misty Copeland and Self as Onna Bushi...a fitting "chimera" for someone like myself who gave up professional ballet instruction for a career in clay. This piece combines techniques from the other two "Homage" figures. 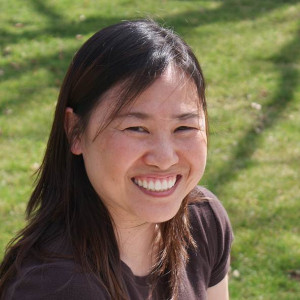 I am an amalgam...a radicant artist, whose work expresses the transposition of culture and issues of gender-imposed stereotypes. Like the radicant in botany, who sends out roots to find new environments and nutrition to produce, I too, have branched out, both taking and giving as my roots have shifted.

My journey began from my youth, with the message: "Girls don't do that."...and it seems I have spent a lifetime proving "them" wrong. Classical ballet teacher, a professional seamstress, translator, language teacher, heavy equipment operator and ceramicist are just a few of the professions that have found me. I first majored in mechanical engineering and ceramic arts, but have a BFA in 3D studio arts and an MFA in Ceramics…and I doubt my learning has ended.

I was raised in Japan, which is a culture that uses ceramics daily, but discovered ceramics as an art form in the U.S., years later. My early teachers, Luke Sheets and Stephanie Beiser were both of the Balistreri-Voulkous-Senska line of ceramics masters. Their influence has led me to not only embrace my home culture in my work, but to recognize how my art reflects the newer, more complex me. Ceramics has become my bridge for crossing and blending styles and cultures. I am part functional ceramist, part figurative sculptor, and part decorative artist, but none of those define me, as I am an amalgam.

Mayumi was born in Osaka Japan, and began studying ballet from the age of three. Due to her father’s work, however, she began a nomadic life, moving frequently between Osaka, Kyoto, Kobe and Shizuoka, Japan, rarely feeling welcomed anywhere. She moved to the United States, lived in Utah for a short time, before making Ohio her home. She discovered clay while waiting for an advanced calculus class to be offered for her first degree in mechanical engineering. The clay won out over the engineering, as Mayumi was offered a Dean’s Scholarship to attend Ohio Northern University, where she got her BFA in 3D Studio arts, with an emphasis in ceramics.Awards soon piled up. Excellence in Visual Arts – AICUO of Ohio, Letters of Commendation from the Ohio State Senate and House of Representatives, numerous Best in Shows and People’s Choice awards, followed by merit-based scholarships, the Mobile Foundation Award, 2017 Seven-State Biennial 2nd Place, and one of the 2018 NCECA Graduate Fellowship Awards. Recently, she won the Juror’s Choice Award in 3D, at the Annual Art & Soul, and her works can be found in permanent collections, and museums in the U.S., France and Japan. She has received five competitive Artist in Residencies, in the U.S., Japan and France, and is continuing her research and works on the theme, “Artist as Radicant, and the Transmigration of Culture and Art.”She loves firing in all types of kilns, but truly enjoys the way wood firing brings her peace.