Mike Cinelli - “’Reliquary for Boredom’ Urn” (Side B)

Mike Cinelli - “’What Was I Thinking’ Urn” 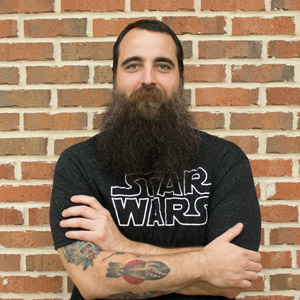 I seek to create relics from a fictional future that has yet to occur. I’ve always been equally fascinated with both the mystery of the past and the promise of the future. Historical narratives provide glimpses into past cultures, the depth of these stories truthfulness obscured by the distance of time, while the future provides a blank canvas for us to project our hopes, fears and desires onto.

Ceramic objects produced by the ancient Greeks filled every part of their lives, not simply vessels to serve or drink from, but to also enrich their lives stories of cultural, historical, or religious significance. Many of these narratives were hero stories: Achilles and his many battles, Heracles and his labors. Owning or using pottery with these was a way of identifying vicariously with these heroes. I look to combine this tradition with more modern forms of narrative, using comic books and pulp science fiction as my contemporary frame work for my imagery. Instead of figuratively identifying with the hero, I literally place myself in the narrative, often in a situation whose basis is the mundane, but whose retelling is now an epic tale, in the ultimate display of masculinity or machismo.

His work has been displayed nationally and internationally in numerous juried and invitational exhibitions, with work displayed as far away as Skopelos, Greece, where he attended a one month residency at the Skopelos Foundation for the Arts. He has received various jury awards, including the Studio Potter Merit Award. He was featured in the August 2016 issue of Ceramics Monthly as a contributor to “From Idea to Finished Form”. Currently, he is attempting to juggle his studio practice, being a father and husband, and maintaining a rigorous schedule of complaining on the internet.