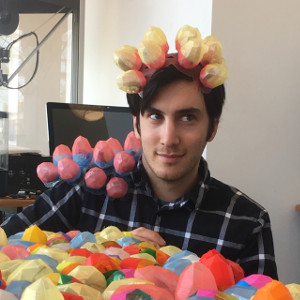 I have been developing a process in which I digitally model the mold parts themselves and fabricate them through programming computer controlled machinery; a mold of an object that never existed. The structure and surface I achieve on my work is through a singular system that dictates the pathing for this entire mold part -- but the form influences the system which responds with varying structure and line width. This yields something akin to woodgrain or muscle fibers, yet is not so familiar.

My focus is on function; not solely if something is functional, but the nature of that function; the interaction between user and object. An object simply having the quality of being used is not enough. I collaborate with chefs and mixologists to create services in which the serviceware confounds expectations and in which the users are provoked by interaction. I strive to create experiences that encourage exploration, revelation, and discovery.