Nia Gautama - “She Feels You”

Nia Gautama - “You Break I Cry”

Nia Gautama - “I Want to See Winter at Fuping” 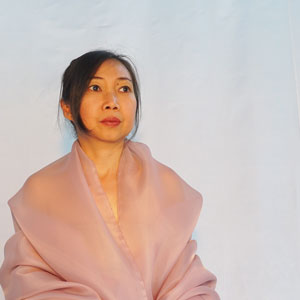 My main material in early works are clay which appeared in single material as pure clay or to be processed as ceramic. The materials then combined with industrial objects or any found objects, to create drawing, sculptural work, installation and interactive work. I love to communicate with audience through my art and give the audience chance to response and participate in my work. The topic might range from nature, personal issue and social condition.

As my art developed then I do performance. It started in 2012 when I did a residency in China. At that time the performance was the supporting medium for my interactive ceramic installation. I felt I found my visual identity in combining ceramic installation and performance. So I continued the idea and visual concept in 2013 – ‘The Sacred’ - and 2014 – ‘Would it be Replaced’. The topic was about local tradition culture and responded the socio-economic culture condition.

Art for me can be a soft media to share my restlessness and can be a voice of awareness. There are challenges for artists to dig their creativity and intellectuality to share their ideas and concern to appreciate many things - nature, culture, social – in more metaphoric and symbolic way. Art can be a media to increase ones self-confidence, self –esteem, and self-appreciation. Globally art can connecting people between countries to understand the variety of culture and believe, and hopefully as a stimuli to make peace.