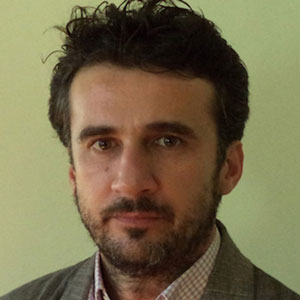 Long before their capitalization by Disney and on-screen animators, tales were told to children for a much more serious purpose. This narrative form, best exemplified in stories like “Hansel and Gretel,” served to prepare the young for a life of malnutrition, disease, poverty and exploitation at the hands of feudal lords. Nicolas works are visual fables, but contrary to the classic fables, his pass no blame, contain no call to action, and offer no solutions. They simply exist on landscapes of absurdity, collapsing and deforming due to a lack of objectives and destinations.

Touron’s quixotic narratives, are situated in abstracted microcosms and laced with colorful confections and bubble-gum landscapes, not surprising choices considering his past as a professional chef in Paris and Amsterdam.

Born in France, Nicolas Touron is a New York City based artist. He received his MFA at the School of Visual Arts in New York and was a 2001 recipient of a Fullbright Scholarship. He studied Sculpture, ceramic and audio visual at the Gerrit Rietveld Academy in Amsterdam during is BFA. Nicolas Touron work has been featured prominently in the USA as well as internationally in art gallery, museums and public spaces. His work is in numerous private collections around the world.