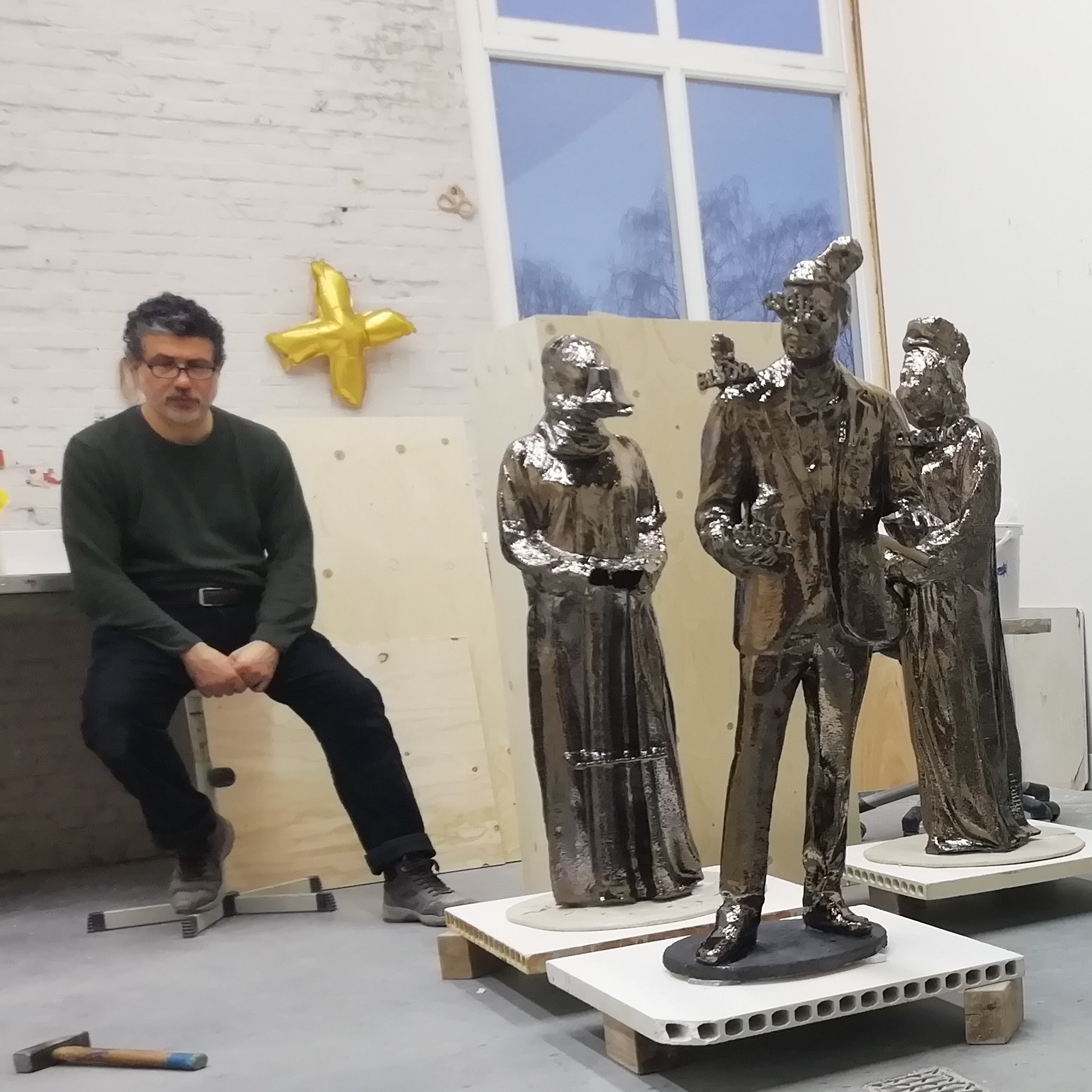 With his sculptures, Porelli wants to provide access to an archetypal dimension of reality, condensing Surrealist contaminations, Pop proliferations and Archaic symbolism. The anthropomorphic inventions that he elaborates provoke an estrangement of figuration creating absurd iconographic elements/iconographies and a new mythology of the present. With his repertoire of figures, Porelli seeks to emphasise the critical behaviors of contemporary man and all the phenomena that are at the core of society, especially the unsustainability of civilization as a model for development and its incompatibility with nature. His sculpture becomes an example of cultural eclecticism and historical nomadism that represents linguistically the expressive globalization of creation. In addition to painting, the work of Porelli finds its preferred expressive technique in ceramics both due to the connection of that material with the ancestral origins of mankind and because its versatility offers him the possibility to express current, contemporary and modern concepts.

Paolo Porelli, Rome Italy (1966). After graduating in painting (Accademia di Belle Arti di Roma, Italy), Porelli began a period of experimentation in ceramics in which he identified an anthropomorphic figure as his preferred expressive form. Clay remains his principal medium, although he often integrates ‘ready-mades’ in his sculptures as well as casts of found objects. Life-size to small-scale figures stand alone or in installations.

Co-founder of CRETA Rome (2012), a centre for ceramics and fine arts which offers short-term residencies to international artists. In 2021, he was elected a member of the International Academy of Ceramics.