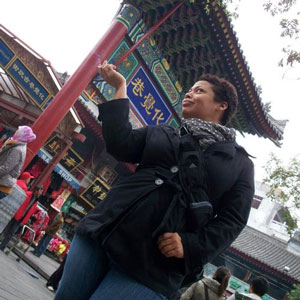 Weaponized pots are a thing I’ve been working on for a while. I like the idea that my pieces are protecting something so precious that they have become inaccessible, making the pot a beautiful, terrifying but essentially useless item. While reflecting on variations on that theme I fixed on the concept of the weaponization of identity. Being a woman of mixed ethnicity in the current political climate, I’m often struck by the rise in dissatisfaction with the state of the multi-cultural and diverse aspects of Canada. These pieces that I brought together for this show explore some ways that innocuous things have been weaponized.

What does that even mean? Broadly, I believe that these items or even these concepts represent way more than any single object should. We see them as statement, affiliation, as clan and most disturbingly, as licence to make leaps that surpass logic and reason. And we cannot seem to keep it from happening. We are more afraid of the idea of a thing than of the actual thing. Red hats aren’t terrifying…but when I see one, I immediately think tiki torches and a Dodge charger plowing into a crowd of people. Not reasonable in any way but visceral. Knowing that a hard knot of fear that spontaneously develops in my chest is even more problematic with the knowledge that that fear is exactly its intent. The sense of hopelessness and helplessness is the intent of those who choose to use this nonsensically innocuous objects to portend a future where I and those like me, no longer exist or at the very least, powerless.

Each of my pieces explores an aspect of the weaponizations as an exercise in power dynamics between those who have and those who have less. Who is the more powerful? A child in a black hoodie walking home from the store, or the Man acquitted for shooting and killing him? Is that hoodie a symbol of a threatening individual or is that hoodie a symbol of someone who can be shot with impunity? Are law enforcement weaponized against certain aspects of our population? When bathhouse raids and years of stalled investigations into the disappearances of ethnic gay men, culminating in the arrest of a serial killer targeting ethnic gay me was finally arrested. When black men are 20 times more likely to be shot by Toronto Police and disproportionately targeted for searches and holds than any other group. Is the power held by the indigenous communities without access to clean affordable water or the International conglomerates that are vying to buy Canadian water and sell it back at ludicrously inflated prices? What about owners of private property, independent indigenous reserves and wilderness preserves unwilling to grant rights to petroleum industries for drilling or pipelines? Or even when someone using a washroom that matches their gender identity has a non-zero chance of harassment, assault or even death. Where even the right to pee is hotly debated and needs to be supported by legislation.

This exploration is by no means exhaustive; just a few slices of consideration as I reflect on how most weaponizations are less about implements or devices to be used with the intent to inflict harm as they are expressions of power dynamics between those with and those without. The manipulation of the threat narrative, the control of that visceral fear is and will always be a tool used to continue to turn symbols into weapons.