Roberta Massuch - "composition: 3 steps to the between"

Roberta Massuch - "composition: 2 steps to the between"

Roberta Massuch - (foreground) detail, “composition: 2 steps to the between”, (background) “dark white (my loss, your loss)” 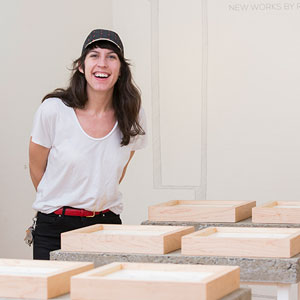