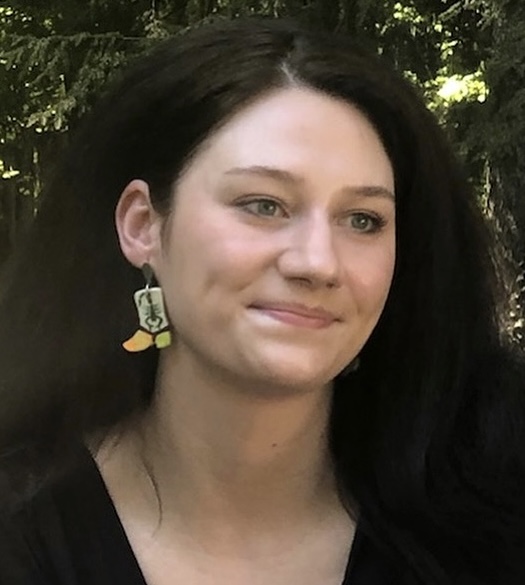 If still life aims to elevate the simple, I work to confront deception. Are the representations of vases/lids painted on slabs their own objects? Or do they only serve as imposters to the traditional forms? This serves to play with the platonic ideal of an object.

I combine pieces of historic and iconic vessels to "frankenstein" together a sort of unidentifiable but vaguely familiar form. This acts as a sort of place holder for the "historic and revered" vessel. The flat slab lids are rendered useless and dysfunctional. They now act as a prop - just a representation of a thing pretending to be the thing - the way a wooden cut out of a tree in a stage play is easily understood by the audience as not a real tree, but we suspend reality when viewing and allow ourselves to believe it has taken the place of what we know a tree to be.

The removal or flattening of objects and information from my works also exists to acknowledge the lack of female representation in art history. The works are classically and antiquely identifiable in combination with the overtly feminine forms. The objects’ functions are removed and their purpose reduced to merely viewership, similar to women’s role in art history as one of muse rather than artist.

I find myself intrigued at the concept of "fake" items made to look like the real thing in order to disguise another object. Examples including fake, plastic rocks that sit in gardens and in actuality are speakers, but are meant to blend in. These deceptions often reveal themselves faster and more aggressively than if a speaker undisguised were sitting in a garden. It is as if their attempts to conceal, betray them. Their presence is amusing and counter intuitive to the original purpose. Fake rocks, cell towers disguised as trees - these things lead to my exploration of a (dis)functional lid, and how much of an object's purpose can be removed but still be identifiable. Further more, is it an object's function or its' imagery that lets a viewer know its purpose? A bucket is a simplified vase in its concept and function. Conversely, an image of a vase can be identified as a vase, but does not function as one.

Though the forms I am creating look - and potentially, should be - thrown, I build through coils and by hand without the assistance of a wheel. I find this aspect of making to be another form of deception for the work, as often viewers assume I have thrown them. Hand building these forms allows me to slow down and make decisions with each coil. In a thrown vase, the lip, foot, belly, etc. will react to each component being constructed, resulting in a more "correct" form - or without any "wrongness" or oddity from what we as viewers have come to understand is a proper vase with the proper proportions. Making each vase appear slightly out of idealized shape or archetype.

Sage Antonella Rucci (b. 1996) is originally from Columbus, OH and currently completing her Masters of Fine Arts in Ceramics at Cranbrook Academy in Bloomfield Hills, MI. She earned her BFA from Denison University in Granville, OH in 2018.