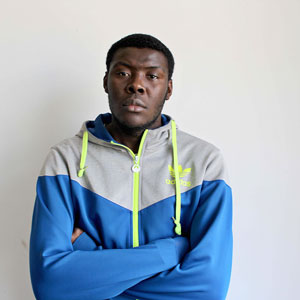 The ceramics of Saint Mbembo operates more about forms and lines. His work exploits movements, hollow, reliefs, textures, patterns, architectures, vehicles, human silhouettes, animals or various objects who are mostly distorted to the specific form to express how human constantly changes by his needs and life desires, which are also influenced by his environment.