Tai Rogers - "Systems to Decoding Myself"

Tai Rogers - "Systems to Decoding Myself" 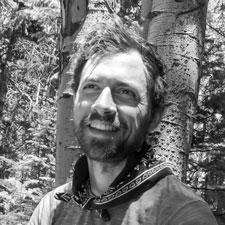