Tiffany Carbonneau - "Between Here and There: Cape Town"

Tiffany Carbonneau - "And the River Floweth On"

Tiffany Carbonneau - "Between Frame and Focus"

Tiffany Carbonneau - "Between Here and There : Lodz" 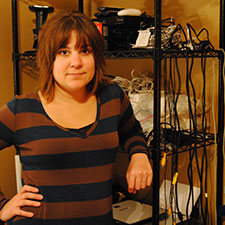