Tyler Nicholson - "Inaction Figures: In line, waiting for the latrine"

Tyler Nicholson - "Inaction Figures: In line, waiting for the latrine" 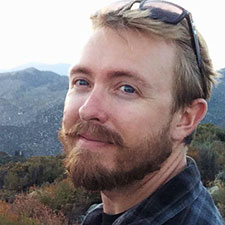 Embrace the Suck. A phrase that is often enthusiastically demanded from superior to the subordinate is an important and widely experienced military colloquialism. It means there is an undeniable fact that life is about to become difficult, and the only option is to welcome the hardship, move forward, and accomplish the mission.

I reimagine childhood toys and playing at war, explore memory through materiality, and subvert the monumental—the typical heroic exploits restructured into moments between actions, the hurry up and wait, the busy work, the catharsis self-destructive or unprofessional behavior. In short, I disrupt the traditional media fueled notions of military might.

The figures are the anti-monument to the conventional perception of military life. My intention is not to critique the individual soldier but to draw awareness of unnecessary sacrifice and challenge the viewer’s understanding of war, its place in the home as an outlet for entertainment, and its psychological impact the active participants.

Tyler Nicholson hails from the small agrarian town of Blythe, California. Raised on a farm, Nicholson spent his formative years learning the fine arts of shade-tree mechanics and relying on his imagination for entertainment. At the age of 18 in July 2001, he enlisted in the US Army as an Artilleryman. During his enlistment, he obtained the rank of Sergeant and is a combat veteran of Operation Iraqi Freedom II.

Nicholson’s current body of work focuses on subverting the heroic and often mythic portrayals of a soldier’s life by reimagining the monument and military themed childhood toy. Instead of the heroic portrayals of combat or sacrifice, his work focuses on the more mundane aspects of military service—the hurry up and wait, the lull between action, the time for introspection.

He received his BFA in Studio Arts from the University of West Florida and MFA in Ceramics at Georgia State University. Currently, Nicholson is the Studio Manager at Santa Fe Clay in Santa Fe, New Mexico.