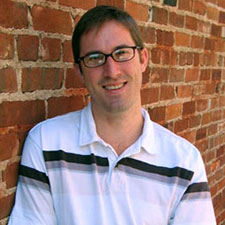 My new body of work explores American culture’s relationship to lawn ornaments. These decorative objects, popular in many rural and suburban areas of the country, are viewed as art forms, and are prized by many. Yet, very little understanding and consideration of their history have been taken into account. Although most are harmless, there still exists a small percentage which is exploitative in nature. This series of sculptures, derived from contemporary lawn ornamentation, investigates topics such as racism, latent racism and associated eroticism. The work is not meant to reinforce societal stereotypes but to reveal some of the ways in which these stereotypes are unthinkingly propagated. For example, “Jocko,” a term used to describe a statuette of a small black boy wearing slave clothing, was originally intended to be used as a hitching post. This well-known figure has lost its historical valence and now serves a merely decorative purpose. However, the statuette dates back to George Washington and the Revolutionary War, and is a clear reminder of our shameful history of slave-owning. “Jocko” statuettes are still being made en masse and can be readily purchased. This consumption occurs, I would argue, without a critical awareness of the implications it brings to our homes and yards.