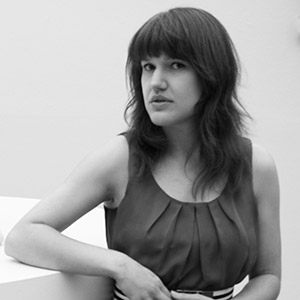 I create ceramic figures as an exploration of the anxieties, discoveries, and lessons of adolescence in a materialistic consumer culture. My sculptures reference Portal Fantasy: a literary genre featuring a protagonist’s journey through a magical passageway to another world. In a Portal Fantasy tale, a protagonist finds herself thrust into a land where nothing makes sense and she doesn’t know how to fit in. Adolescents in the US receive messages about themselves from product marketing and mass media that can feel as overwhelming and nonsensical as Alice’s trip down the rabbit hole. As Portal Fantasy features lush, dreamlike worlds teeming with magical creatures, I lavish detail upon my pieces to signal that they come from a world such as these. Magical beasts and their human companions are strapped into restrictive or ridiculous costumes, a reference to the strictures of appearance, dress, and behavior aimed at adolescents, particularly young girls. Oversexualized products and behaviors marketed to adolescent girls tame their youthful exuberance in exchange for a doll-like passivity. In response to this I find it important to emphasize the unkemptness, the wildness of the figures. These wild animals and their unruly human companions leap and tumble through the space they inhabit, giving a sense of unmoored tumult. I want to portray characters in the messy and disorienting process of seeking their truth in an unfamiliar land.

Emily Nickel is a ceramic figure sculptor from Saint Louis, Missouri. She has exhibited her sculpture throughout the US, from Baltimore to Montana to Las Vegas, and has received a number of artist’s grants and awards. She is an engaged arts educator with nine years of teaching experience. She was a 2016 Artist in Residence at Watershed Center for the Ceramic Arts in Maine, was a panel moderator at the 2016 NCECA conference in Kansas City, and is a current Artist in Residence at Clay Arts Vegas.