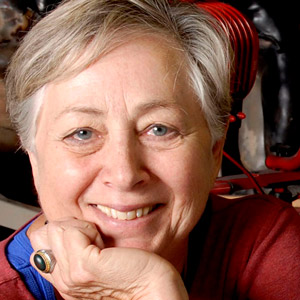 Artist Statement
I look for the edge where consciousness leaves judgment behind. I want to cultivate that moment in the creative process when I trust my inner self completely. Paper clay is a medium that can accommodate my process. It can be stretched, compressed twisted and torn to match the image in my imagination. I work to preserve the fluidity of the slab while manipulating it to express the figure. The clay remembers every touch and each piece faithfully preserves the evidence of its birthing process.

I plan each piece with a series of sketches before ever touching the clay. Only when I can feel what I want, do I begin my unique construction process. As I stretch and compress the clay, I feel as though it comes to life. The surface of the slab becomes the very human-like surface of the sculpture. I am always careful to let the clay express itself, and to stop before I have over worked it. I want to preserve the spontaneity of form. With clay slabs, the unexpected is my constant companion.

Michele Collier discovered clay at the age of 18. She learned traditional forms on a kick-wheel at Sacramento City College, Sacramento Ca. In those days, functional work was the gold standard. Hands-on clay has been a touchstone for her ever since. Throughout careers in both commercial and fine art, clay was the one medium she could return to when she needed to restore focus and sense of self.

After graduating from the Academy of Art University in San Francisco, Michele wove a career of commercial illustration and fine art painting. Galleries throughout Napa, Mendocino and Sonoma counties showed her plein air landscapes.

In 2000 Michele moved to Oakland, CA. The shift to such an urban setting affected her more deeply than she could have predicted. Feeling off balance and unable to paint, Michele returned, again, to her touchstone (clay). This time it turned out to be a career change. The pots soon sprouted sculptural elements and it wasn’t long before she made the shift to pure sculpture.

A move to Los Angeles 2012 and a move back to Northern California in 2015 fostered a lot of creative experimentation. It was here that she began her relationships with galleries in La Jolla, Laguna Beach and Healdsburg, CA

With a move this year to the Pacific Northwest, her work has taken on a maturity that is the fulfillment of her earlier explorations. The extreme weather conditions of her new home have brought forth a series on wind, rain and clouds that will be the subject of a ballet by the PDX Contemporary Ballet Company.