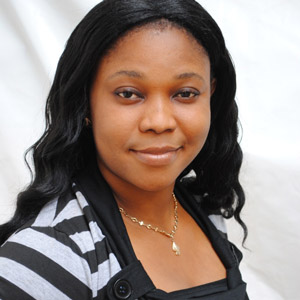 My practice as a ceramist spans years spent evolving from the use of the potter’s wheel to a production combining pinching, tying, hanging and wrapping as a technique of working this material, clay. This shift in practice and technique gave room for the experimental spirit in me to soar. Thus, being limited in describing my world in its societal evolution through utilitarian wares like cups, plates and vases, I tilted towards more open-ended and discursive means – ceramic Installation. So, the tendency to explore is inherent in the art works produced.

Furthermore, through the course of my practice and research, I came up with the idea of using globular clay units attached to strings to configure unique ceramic forms. This is to act upon the impression and the limitation that tying creates in my memories; I redirected the energy of the string into life-giving force to exorcise the negative impression of tying, binding and ownership. The string gives life to my works, as if allowing challenges to be sources of strength. Through this, I have created many works with strings in different dimensions with diverse stories to tell.

Using strings to produce my installations depicts this very life on a balance. Thereby, reassessing the frailty of life with the use of strings as a source of life to the suspended artworks.

In 2005, Ngozi-Omeje Ezema graduated from the University of Nigeria, Nsukka, Department of Fine and Applied Arts. She earned her Masters of Fine Arts in the same department and Institution. After the completion of her MFA, she was retained as a lecturer in her Alma Mater to teach ceramics, which she has done since May, 2009. As an MFA student, Omeje participated in a two-week international workshop (Aftershave International Workshop, under the umbrella of Triangle Art Trust) in Jos, Nigeria. In November, 2009, she participated in the international women’s workshop (Art in the Dailies) held in Ghana and sponsored by the Goethe institute. The artist has also participated in several other international workshops such as CCA Lagos/Triangle International Artist Workshop in Lagos, Nigeria, and Art in Public Space on Ecology, sponsored by the Goethe institute and held at the University of Nigeria, Nsukka. In 2010, Omeje was a resident artist in Sevshoon Art Centre, Seattle, USA, where she created the work Think Tea, Think cup, a permanently installed piece included in this application.

While practicing art and teaching in her Alma Mater, Omeje produced many ceramic and mixed media installations, including: Imagine Jonah, Think Tea, Think Cup, and She Bleeds. She Bleeds was part of the art exhibits in the “Life in My City,” a national art festival and competition held in 2011 in Enugu, Nigeria. This work earned Omeje a second place award. She Bleeds is one out of many other installations that were created, during the 2010 Nigerian Universities Research and Development Fair. Of these, Placenta won the overall winner award in “Life in My City” in 2014, while Against All Odds also received the outstanding concept’s award in 2015.Her Ceramic installation Imagine Jonah II was part of the First International Biennale in Central China and In My garden, there are Many Colours II was part of the First West African Art Fair, Lagos. She also participated in “Le Pinceau De L’Integration” in Senegal, during the Dakar Biennale, 2016.

These art works were configured using clay balls, clay rings, strings and savaged sandals, taken from her immediate environment, which were used to accentuate her place in a socio-cultural context. These artworks are paradoxes of hope and despair, depicting how strength is drawn from pain and disappointment, and establishing dialog between the two concepts.

In the course of her research, Omeje has acquired traditional pottery skills and many other methods of ceramic production. Currently her PhD research investigates the traditional potters of Nrobo and Ehandiagu localities in Enugu state, Nigeria, and it seeks to find ways of preserving the waning culture, skills, and tendencies of pottery amongst the indigenous people of this place.