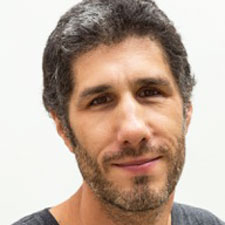 “…At first sight nothing seems to resemble Eudoxia less than the design of that carpet, laid out in symmetrical motives whose patterns are repeated along straight and circular lines, interwoven with brilliantly colored spires, in a repetition that can be followed through the whole woof. But if you pause and examine it carefully, you become convinced that each place in the carpet corresponds to a place in the city, and all the things contained in the city are included in the design, arranged according to their true relationship, which escapes your eye distracted by the bustle, the throngs, the shoving. …but the carpet proves that there is a point from which the city shows its true proportions, the geometrical scheme implicit in its every, tiniest detail.”
– Italo Calvino, Excerpt from “Invisible Cities”

My current sculptural investigation and research centers around a long-term project entitled The Decorative City. Working with ceramic materials I am creating a series of works that examine the visual correlation between domestic objects such as decorative food molds and the actual structures of built architecture. Recalling the utopian plans of paper architecture, The Decorative City project depicts model cities of pure ornament and fantasy where decoration and pattern become structural, rather than simply surface. In designing these works I am creating abstracted, hybridized forms that read as both highly decorative and structural at the same time. These works then become situated within museum and gallery installations in such a way as to suggest an aerial view of an urban plan; a city of pure ornament and fantasy, where decoration and pattern becomes structure, rather than simply surface. From this elevated perspective, the decorative city is transformed from a place of crowded streets into an environment of fantasy structures and illusive scale.