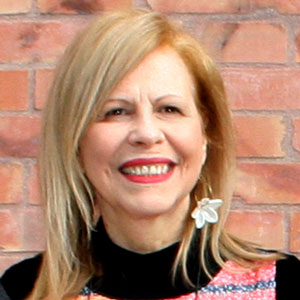 Being born and raised in Italy, can sometimes mean – for us artists- feeling the weight of our history. Especially living in Faenza, one can certainly feel the influence of our last 1000 years of tradition. And it is precisely for this reason that one must leave their own tradition and put themselves out there. As a ceramic artist, I have developed some personal techniques, mainly working with porcelain and experimenting with paper clay. In the last few years, I have reached a rewarding level of control of these specific techniques and I have even started teaching them in workshops around the world.

My way of working is not traditional. My objective has been to create a lightness in ceramics- not only regarding weight but also visually.

Crespines are finely shaped majolica bowls made in Faenza around the 16th and 17th centuries, and were used in European royal courts as luxury items. In 2005, I started revisiting these bowls for a new collection of porcelain paper clay objects. It has been very exciting and also very challenging to work on traditional shapes with a brand new philosophy and technique.

My Crespines are large bowls made of ceramic filigree, a kind of lace woven with a precious porcelain thread: a result that can be achieved only with paper clay. They are airy, light, vulnerable objects that live out of light and shadows. This collection represents a new way of interpreting the material, not in terms physical material, but as an evocative transparency.

A large part of my work is dedicated to installations, I like to play with the spaces in which my pieces are going to be inserted and I like to create a connection with the viewers.

In my last installations, life and existence are given to the shadows. My work is based on lightness. I try to bring the ceramics, which is normally a heavy material, towards an 'image of lightness'. To achieve this, I also use light. The light creates a shadow, the work can also be touched, the shadow can be seen but not touched, as it is intangible. It is a mysterious and profound concept.

The Butterflies which are created on the wall are born of a combination of one porcelain wing and the other which is created only virtually by it’s own shadow. In this way, the expressive and metamorphic world of the shadows are so evident. One part of the work is real while the other is temporary because the shadows are ephemeral and elusive. Then my research has become more technological. I started with sheets of ceramic laser cut outs, but they were too fragile. Then I started working with sintered alumina. It is a very hard material, which is cut with a special laser.

Ghost is a conceptual series of installations for the interior. The idea is to showcase common objects around us: a lamp or a teapot with cups representing a widely shared stereotype of ceramics. When switched on the, lamp projects its shadow instead of lighting up, creating a magical illusion.

In my installation Ghost still life are also included objects that represent culture, myth and historical memory, like the Portland Vase which is the icon of perfection. The work gives life and existence to the shadows, creating "illusionary" and lightweight ceramic artworks.

Virtual Museum is a still lifes that combine everyday objects produced in the city of Faenza between the fifteenth and sixteenth centuries and today housed in major museums around the world, such as the Metropolitan Museum of Art in New York, the Victoria and Albert Museum and the British Museum in London, creating a sort of virtual tour of these museum collections.

They are ambient lighting to create an atmosphere, straddling the border between art and design that are placed in the environment, enhancing it, enriching it and creating a relationship to engage the viewer. I would make works that will stimulate emotions and memories, which act as catalysts for experiences, and in some way, encourage dreams.

The material used is 0.6 mm sintered alumina, a highly translucent advanced ceramic material. It is fired at 1600 degrees, laser cut, attached to the wall at 90 degrees and under-lit.

Antonella Cimatti was born in Faenza. One of Carlo Zauli’s pupils at the Istituto d’Arte (State School of Ceramics) in Faenza, she went on to obtain a degree with distinction from the Accademia di Belle Arti (Fine Arts Academy) in Bologna.

She has been teaching Design at the Istituto d’Arte (State School of Ceramics) in Faenza since 1979.

She has also taught for brief periods, through projects such as Artist Fellowship Exchange, European Communities in Art and Design Schools in Portsmouth, England, in 1991 and at Turnhout in Belgium in 1995.

From 1982 to 1986 she was involved in various artistic research movements which were theorized about by art critics including: A Tempo e a Fuoco by Vittorio Fagone and Gian Carlo Bojani, and De Sculptura with Filiberto Menna; she has also taken part in numerous exhibitions throughout Italy and abroad with the group La Nuova Ceramica curated by Franco Solmi. In addition, since 1986, she has been designing in collaboration with Ceramica Flavia of Montelupo Fiorentino, Murano and Empoli (objects and lamps in glass), the old Fabbrica Casa Museo Giuseppe Mazzotti 1903 in Albisola Marina, the Liverani-Spadoni Studios as well as with Laura Silvagni in Faenza.

She has been invited to participate in 2009 Nanfeng Kiln International Ceramic Work Camp in Foshan, Guangdong, China where she created a sculpture using paperclay. In 2010 she has been invited in paperclay | TODAY Artist Symposium, in Laguna Beach, California and in the shows: 2010 Second International Biennial Exhibition of Contemporary Teapot Art, Shanghai, China; Ceramica storia di donne, Tradizione e attualità a Faenza, MIC Museo Internazionale delle Ceramiche, in Faenza, Italy. In 2011, she was invited to participate in the 54th International Art Exhibition at the Venice Biennial, in the Italian Pavilion, for the Emilia Romagna region, and to the workshop 10 days at the Gyeonggi International CeraMIX Biennale 2011, South Korea, Honorable mention at the Cheongju Craft Biennale,Cheongju, South Korea and she have held 2 workshops in New Delhi, Sanskriti Foundation. In 2012 she had Honorable mention with merit at The 4rd Taiwan Gold Teapot exhibition at Yingge Ceramics Museum, Taiwan, she was invited at the MunGyeong Chasabal(Tea Bowls) Festival 2012, South Korea and in China in Shanghai 2012 third China International Pot Art Biennal Exhibition, and in Jingdezhen Jingdezhen International Ceramic exhibition. 2012-2013 Vaselle d’autore, arranged by Nino Caruso, Torgiano, Perugia, Italy.

In 2013 has been artist in residence in Fuping FULE, China, preparing an installation for the Museum. She held a workshop at Faculty of Art and Design – Jan Evangelista Purkyne University,Prague, Czech Republic and at International Ceramic Art Festival in Sasama, Japan.

In 2016-2017, she is invited in the exhibition W-WOMEN IN ITALIAN DESIGN, ninth edition of the Triennale Design Museum, Milan, Italy and at The “Mode”, International Ceramics Art Invitational Exhibition, and Residence at Liling Ceramics Valley Museum, China. In 2017 she is invited in the exhibition: In the Earth Time, Gyeonggi Ceramic Biennale, Yeoju Dojasesang arranged by Museo Internazionale delle ceramiche in Faenza, South Korea and she is invited as Guest Artist in The Shigaraki Ceramic Cultural Park, Japan.

She is member of IAC, International Academy of Ceramics, Geneva.