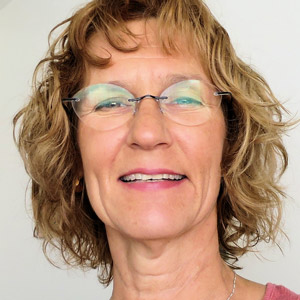 By layering diverse images I investigate a visually developing narrative, adapting to each layer that comes out of the kiln. Using mostly my own photographs, I continually experiment with transfer techniques and decals to layer images and patterns in multiple firings. I often photograph while driving, without looking or composing the image. The result is a graphic sampling of narrative patterns, instead of pictures of specific things or places. Working in layers allows me to address moving between different realities: I grew up between two cultures and this has underscored my feeling of moving in between, encountering disparate elements and realities everywhere. My ceramic work has allowed me to pull these pieces together into personal and abstracted narratives.

Catherine Schmid-Maybach is a ceramic sculptor originally from San Francisco, CA. She received a BFA from the California College of Arts and Crafts, in Oakland, and an MFA from San Francisco State University. She has traveled widely and has lived, worked and exhibited in different parts of the world. Attending residencies in other countries has informed and influenced the narratives in her work. She currently lives in Reno, NV.