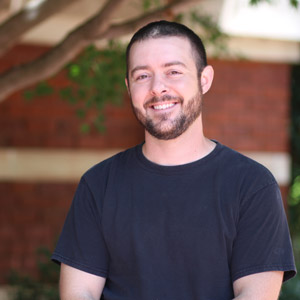 I began working with the figure in my pottery as an undergraduate student after a chance encounter with a social group in a hotel bar. Every two weeks, a BBW Club (Big Beautiful Women) would go out dancing at this place. After initially enjoying the spectacle of dozens of large women dressed up and dancing, I realized that I was the outsider in the equation. There was an unexpected beauty in the way they moved, not only because it was unfamiliar to me socially, but also because of the volume and mass attached to their familiar frames. I joined them in dancing, and I continued to make pots about the subject for the next ten years. By 2012 I realized that the pots weren’t getting better, but I still liked telling the story, so I began to study the figure more closely.

My first figurative sculptures were meant to inform my pots, but instead they led to new questions about ideal beauty. In one attempt to answer the question about why BBWs weren’t considered conventionally beautiful, I imposed a structure around the figure as a restriction on that perception. No one was more surprised by the image of a BBW in bondage than I was! That wasn’t the story I wanted to tell, so I began to impose structures onto other figures. After modeling from images of infamous political leaders in pieces like “Pundit”, I focused on the image of a baby. The implicit vulnerability of a young person evokes empathy and raises cautious questions. The caging elements are evidence of the kinds of structures imposed on a young person, and it’s up to the viewer to decide if that’s good or bad.

The Future Generations Series is an extension of my graduate work, including cityscapes that were small enough to be moved by two people. I wanted the work to feel larger than human on a scale that was manageable, so I used figurative elements to emphasize the proportion of the viewer to the object. The newest pieces in that series have morphed to include the voluminous figures. Compared to the smaller figures, these hold an impossible burden.

Denny Gerwin began his education near his hometown at Bowling Green State University in Ohio where he earned a BFA in 3D Studies in 2004. Then, he pursued post-bach studies for two years at the Hartford Art School in Connecticut. After finishing his MFA at Utah State University in 2009 he was hired on as adjunct faculty in Ceramics and Sculpture. In 2010 Denny was featured in the Emerging Artist issue of Ceramics Monthly magazine. He was also awarded a residency in the John Michael Kohler Arts Center Arts/Industry program in Kohler, Wisconsin. After working for two years as a lecturer of ceramics and foundations art at Central Michigan University, Denny accepted a position as Assistant Professor of 3D Art at Queens University of Charlotte in 2012.

Denny enjoys making his work along side his students in the on-campus studio, and showing his work in national juried exhibitions and regional invitational exhibitions. He also travels around the country doing workshops involving demonstrations of specialized techniques and processes, lectures about experiences in his artwork and in teaching, and working with groups of artists and students to fire wood-burning kilns.