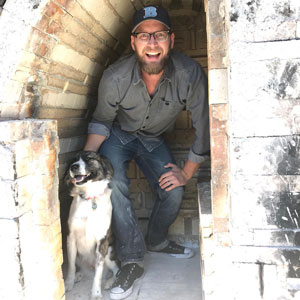 My work explores a foundational urge to create through the lens of my faith. I examine Judeo-Christian art theory concepts through functional pottery. Ancient cultures used the term “doxa” to mean both “belief” and “glory.” These dual definitions appear in contemporary ideas of orthodoxy--“a true belief”--and doxology--“an expression of praise.” Each vessel presents the new and old doxa: columns reach for boldness to approach the Creator, bowls long to serve, cups seek to commune, and platters embody the process of life. These themes are expressed through simple ceramic forms, my touch as a maker in the materiality of the work, and how the clay bears all the marks of the process. Doxa reminds us of timeless truths: that the glorious can be found in the mundane, the divine in the common.