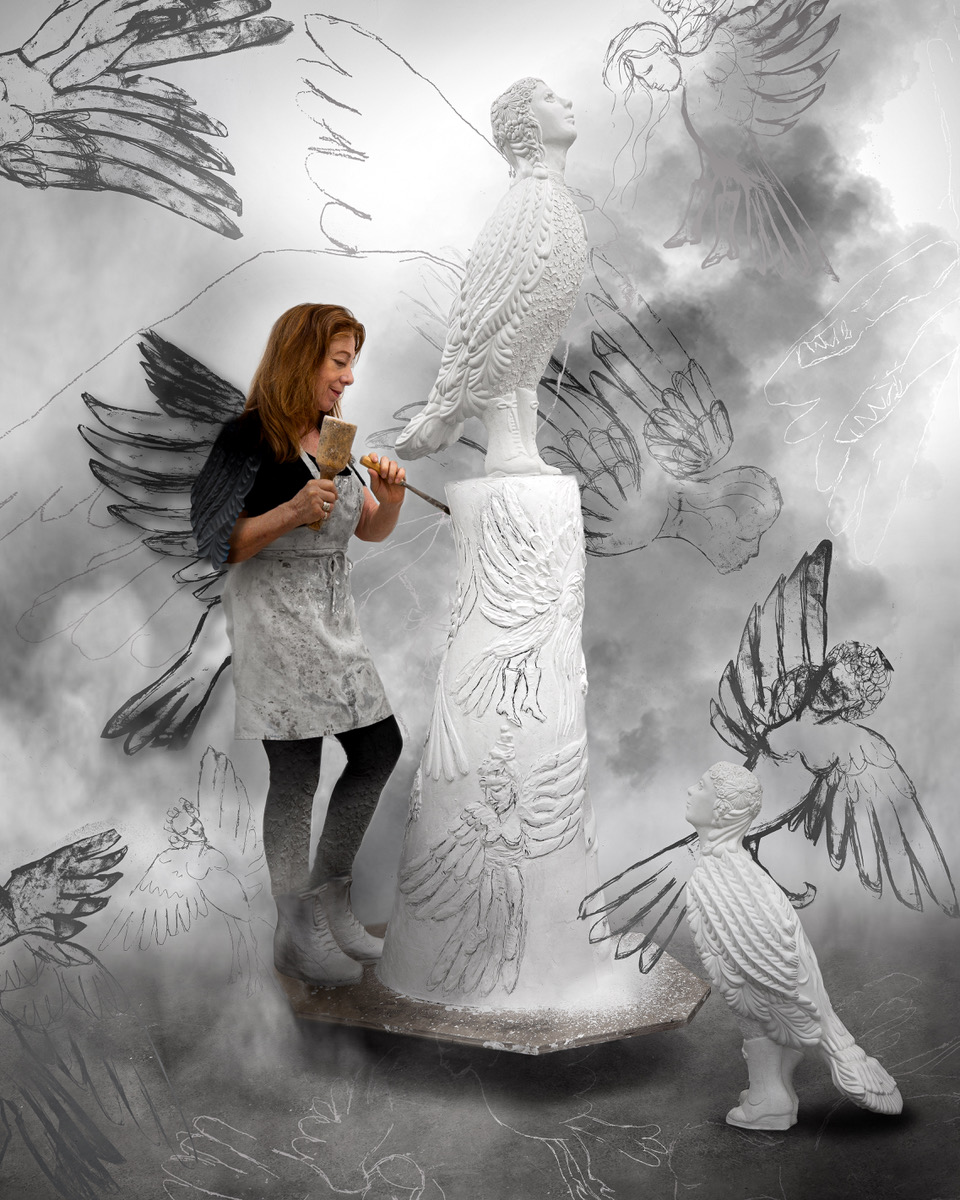 The female body plays a central role in my art. I revise representations of women that have been controlled throughout history with visions of strength. In my sculptures and drawings, I start with basic human needs such as food, shelter, clothing, and touch. My imagery articulates connections between the natural world and the constructed world. Over the course of a 40-year career, my art has ranged from intimate drawings to public sculptures to street performances. Currently, I work between photography, sculpture, and collage. I place cut-out paper figures in trees, rocks, and other natural spaces, then photograph these interventions. Many of the female figures drawn from Renaissance paintings seem at home in their new environments, which contrast culture and nature. Though I work with many materials, I favor traditional modeling and casting for sculpture. In my series of cast resin sculptures, Supports, stacked table legs with gendered shoes evoke balance, holding together, and falling apart. My commissioned sculptures respond to a given site. I aim to juxtapose images from our collective unconscious within a public space. My large bronze, Colossal AcornHead, commissioned by Tufts University, longs to be a real acorn – released from its surreal state of artistic abstraction and to return to nature. The sculpture points to human consciousness rooted in nature – that our “heads” and the earth are inseparable and symbiotic.

Leslie Fry’s sculptures and works on paper have been exhibited internationally in museums and galleries such as Kunsthaus in Hamburg, Hangaram Art Museum in Seoul, Windspiel Galerie in Vienna, Couvent des Cordeliers in Paris, Artists Space and Wave Hill in New York, deCordova Sculpture Park and Museum near Boston, and Centre des Arts Visuels in Montreal.

Fry’s B.A. is from the University of Vermont, her M.F.A. is from Bard College, and she attended the Central School of Art in London. Born in Montreal, she lives in Winooski, Vermont.